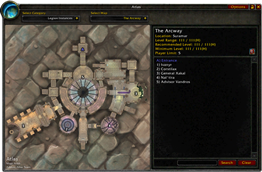 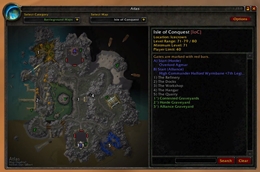 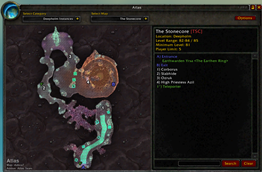 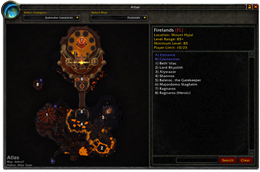 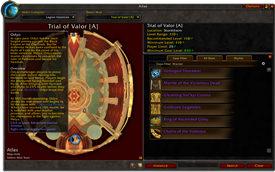 Atlas is an addon for World of Warcraft that includes detailed maps for every instance in the game. Originally, Blizzard neglected to include maps for instances. And that’s why Atlas was born.The 1st author – Daniel Gilbert created Atlas with the help from several artists and map creators together with several translators to provide the instance maps for player.

However, after a number of years Blizzard began to include official maps for some instances but not all. And then in around the build of 7.0, finally Blizzard decided to complete all the missing instance maps.

These official maps which Blizzard provided are in the same hand-drawn style as the built-in world maps. Conversely, the Atlas maps are based on data used by the minimap, which provides a more detailed, accurate, and colorful representation. You can think of this as the difference between a street map and a satellite image.

The core of Atlas is basically an image viewer. However, it’s the images that come with Atlas that make it worthwhile – a map for every instance in the game. Furthermore, while the built-in maps mark the locations of major bosses, Atlas provides detailed and accurate information about all of the creatures, NPCs, objects, and events you’ll encounter in each instance.

General information about each zone is provided as well, including its location, level range, player limit, attenuation requirement, minimum gear level to enter the instance, and associated faction (if any). All entrances, exits, portals, and connections are labelled clearly.

Because there are so many instances in the game, you can categorize them by type, level, number of players, continent, or expansion.

By hovering the mouse over the boss icon, you will be able to see a brief description of specific boss and the strategy to face him/her if you are a damager, tank, or healer.

By hovering the mouse over the boss icon and right-click it, you will be able to see what items will drop from this boss. You can even further filter the items base on your class and specialized talent.

After installing Atlas, you’ll notice a new icon on the minimap that looks like part of a little globe (you can right-click the icon to drag it around the minimap’s frame). Click this icon to open up the main Atlas window, which displays the maps and legend.

You can also drag the Atlas window around the screen. Lock it in place with the little lock button in the upper-right corner.

You can alternatively use the following slash-commands to manipulate Atlas related function:

At the bottom of the legend is a small text-entry field as well as Search and Reset buttons. Type part of a word or name in the box and click the Search button, and the legend’s entries are reduced to only those that match your text. Note that the search is performed only on the entries for the current map, not all the entries in the database. While not so useful for instances with only a few entries like Ragefire Chasm, the search comes in handy when there are a ton of entries, like for Blackrock Depths or the AtlasMajorCities plug-in. If you want to get the whole list back, just click Reset.

Atlas also includes maps of Class Order Halls, Scenarios, Battlegrounds, Dungeon Locations, Transportation, and Outdoor Raid Bosses. Though due to the size of Atlas is dramatically increased after several expansions were released, we have decided to split the modules (instance maps for each of WoW expansion) and plug-ins into separate addon project. You will have to go to each of the project’s download point to download and install them.

Atlas has a few simple options, accessible from the Options button in the upper-right corner of the main window, or with the slash-command /atlas options. A few of the settings aren’t very self-explanatory so here’s some more information about them.

Auto-Select Instance Map: detects the instance that you’re in when you open Atlas, and then automatically switches to the appropriate map. This feature doesn’t work in instances that have more than one map, like Blackrock Spire, Dire Maul, or many of the Outland instances. In this case, Atlas remembers the last map you had open.

Right-Click for World Map: makes the World Map open when you right-click anywhere on the Atlas window. This is useful when you want to quickly switch from Atlas to the World Map.

Clamp Window to Screen: makes it so that you can’t drag the Atlas window off the edge of the screen. The rest of the options are pretty straightforward. The Reset Position button is useful if the Atlas window ever gets dragged completely off-screen and you can’t get it back.

Due to the total size of our addon is increasing bigger and bigger since we are having more and more maps with each expansion, we have heard many users complaining about the download issue, and suggested us to find some workaround.
We have discussed internally and also discuss with Curse and WoWInterface team, our final decision is to separate our built-in plugins into individual addon packages (also individual addon projects).

Also, we have moved out the old instance maps and re-categorized them based on the expansion set. For example, Burning Crusade instance maps are now only available in another addon package – Atlas_BurningCrusade.

Links to All Addon Packages

Atlas has a built-in plugin system allowing for the easy addition of map packs. In fact, Atlas ships with 6 of these plugins (for class order halls, battlegrounds, dungeon locations, flight points, scenarios, and outdoor raid bosses). If you’re interested in making your own Atlas map pack, we suggest you start with one of these four as a guide. You can contact us or post on the Atlas forums if you need help, however we suggest you do as much research as possible beforehand. Furthermore, there are several Atlas plugins developed and maintained by other author teams that do more than simply provide additional maps.

If you run into any problem with above 3rd-party plugins, please go to corresponding project site to report it to the development team.

If you are interested in helping translating Atlas, you can contribute your translation via AddonsWoW‘s interface here: https://wow.curseforge.com/projects/atlas/localization
Currently Atlas has been translated into following languages:

You will be welcome to donate to support the development even it’s a small money. Pick one of the following way to make it happen. 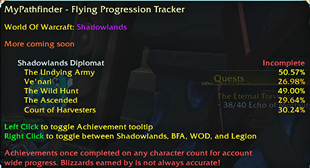 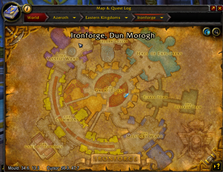 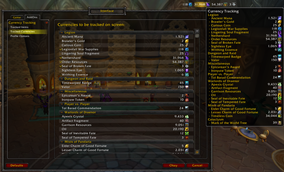 My Garrison is Done 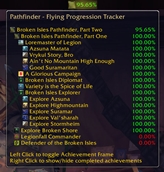 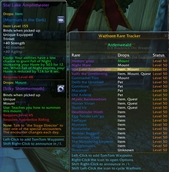