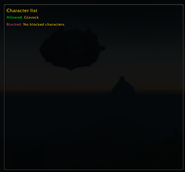 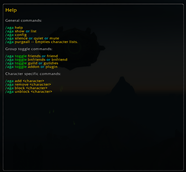 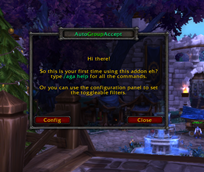 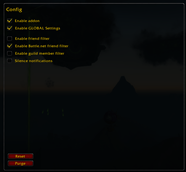 AutoGroupAccept is an addon that as the name implies automatically accepts the invites from the people you choose.

All the commands start with the slash command /aga <command>

This command will show the the allowed filters, character and blocked character names.

silence (or) quiet (or) mute

Will silence the notification of being invited by allowed and blocked characters.

Brings up the configuration screen.

You can toggle the current character's friends list, your account wide battle.net friendslist and your current guild's roster.

Added characters will be able to automaticly invite you to a party.

Battle.net friends will be able to automaticly invite you to a party.

Guild members will be able to automaticly invite you to a party.

Turns the addon off until you re-enable it.

You can also filter on specific characters by adding them to the allow list, note that the characters do not have to be capitalized.