This addon is mainly intended for people who are either a Main Tank, or who assign targets for Main Tanks. It helps in multiple places:

It is a fairly simple mod. Four times a second, it will check to make sure that all Main Tanks set up in CTRA have separate targets. If they do not, a little warning window is shown next to the MT windows with a list of the MTs on that target. The window is placed next to the MT with aggro, or if no MT has aggro, it is next to the lowest number MT on that target (e.g. MT1 if MT1, MT3 and MT4 are on the same target).

The warning windows can be placed on either the left or the right of the MT windows. By default, they will be placed on the side that is furthest away from the edge of the screen, but this can be configured via a slash command.

The MT names in the warning windows are colored green if the MT next to the window has aggro (or if none of the MTs has aggro), red if the MT is you (and you don't have aggro), or white for all other MTs. In addition, if you are a MT and you are on a target that you don't own, then the background of the warning window will be colored red, instead of yellow.

The CTRA TA warning window appearance is affected by several of the options set in CT RaidAssist itself:

Note: The first time you use this, you will need to run '/ctrata show' in order to enable the mod. This is remembered on a per character basis. You won't see any warnings if you are not in a raid, don't have CTRA, don't have MTs set up in CTRA, or if all the MTs are on separate targets :) 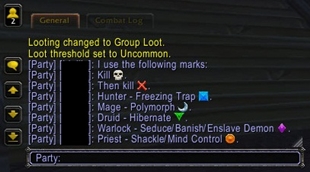 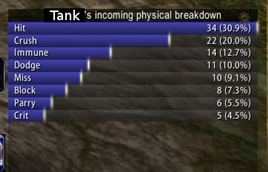