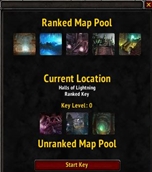 This add-on takes the mechanics of Mythic+; like mob %, "affixes" (Custom) along with a built in IO system. The current tier is level 80 dungeons.

If you close the frame, type /ck to reopen the frame.

The current plan is to release new dungeons in seasons, with each expansion covering roughly 2 seasons (Some unranked maps may become ranked maps).

Current version has a few bugs, pet kills do not count toward %, closing the key pauses the timer but not the % gain.

Also I am a REALLY new LUA programmer so if you have tips feel free to give feedback! 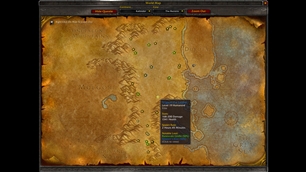