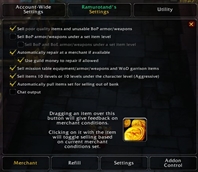 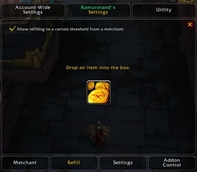 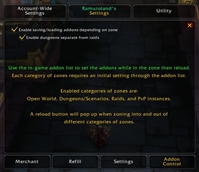 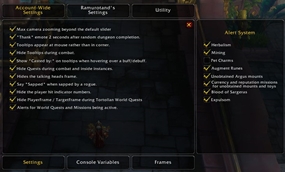 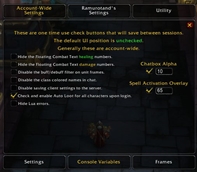 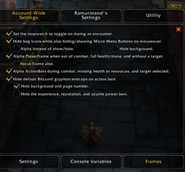 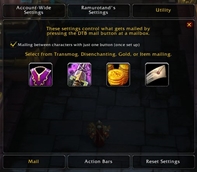 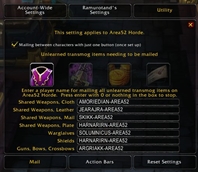 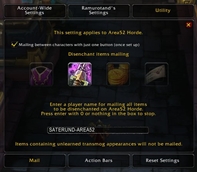 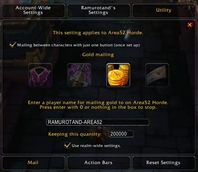 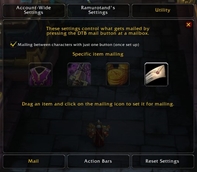 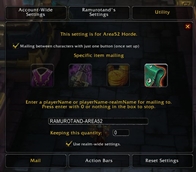 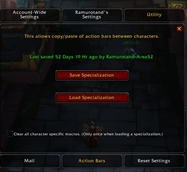 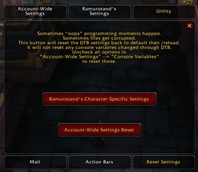 This is a collection of miscellaneous, useful utilities all in one.  Some of the highlights are auto-mailing between alts once set up, chat alert system that checks WoD, Legion, and BfA missions/world quests for unobtained mounts or selected goodies, and the merchant feature which sells or buys items from a vendor automatically based on set up.

Nothing is turned on by default.  Everything from start to finish is user selected.  “/dtb” to open the menu.

Please send me a message or leave a comment if anything is wrong especially with the Classic version as I don’t play Classic actively.  Including a screenshot is amazing with any issues!

Incorporated (or partially incorporated) utilities are:

If you try this all in one collection and are currently using one of the previously listed stand alone Def’s addons then delete the stand alone.  Once this addon gets farther along I’ll push updates to those stand alones which render them deprecated and disabled if this collection is installed.

It is actively being worked so bugs are fixed and code added and more bugs introduced on a daily basis.

“/dtb” to open the main menu.  The menu will change and become “more polished” right before changing from alpha/beta to release status, but for now it’s usable and the emphasis in coding is on the underlying functions.

Contained within this download are Def’s Toolbox (for retail) and Def’s Toolbox Classic (for classic).  The version that is wrong will disable itself.  This also means that whatever version is the latest is also the latest for both versions of World of Warcraft. 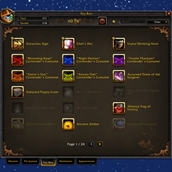 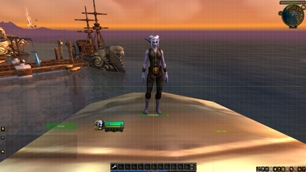 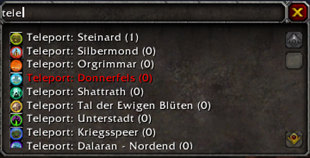