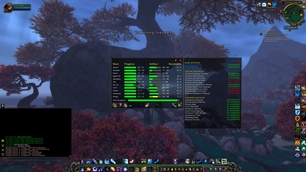 Note: Patch 8.0 removed artifact weapons, and in the process a lot of the API functionality related to them. Among the removed things was the ARTIFACT_COMPLETE event… except that's not related to artifact weapons, but to archaeology artifacts. Good job, Blizzard. As a result you might occasionally see Excavatinator fail to update. Usually it'll correct itself quickly, but in the worst case a /reload should do the trick.

To use:
Type /arch to open the main window. This contains a list of the game's archaeology races, split into pages based on which expansion each race was introduced in. At the bottom of the window is a survey button, which simply casts Survey.

Clicking a race opens the artifact list for that race. Each artifact is listed alongside the number of times it has been completed. If there's an achievement for collecting a number of that artifact, a completion bar will be shown next to it, and if there's a pristine version of the artifact a mark will show whether you've found it or not.

In the main window, the races also display the icon of the artifact you're working on. Once you've collected enough fragments to complete that artifact, it will light up, at which point you can click it to solve it. You can select whether to use keystones or not using the checkbox in the bottom left corner.

The little arrow next to the close button (top right corner) will collapse the window. In its collapsed state, the window contains only the most essential features of archaeology. The survey and crate buttons are always visible, and work just like they do in the main window. Once you have enough fragments for a given race, the solve button will appear, which displays the name of the race whose artifact you can solve and can be clicked to solve that artifact. This will respect the keystones setting from the main window. This window can be un-collapsed using the same button in the same location.