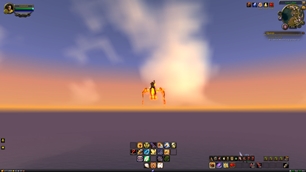 ***The latest stable release for Legion is 1.3.2. The versions after that are for Battle for Azeroth only.***

***Blizzard has made several UI changes in 8.0 that affect the watch bars for things like experience and reputation. At this time, this addon is unable to move those bars as in previous versions. As a workaround, a toggle has been added to hide or show the Blizzard bars (as they are at the bottom of the screen and may interfere with other bar displays). This will allow users to find another addon that manages the watch bars (now called the StatusTrackingBar in the Blizzard UI) separately. It is unlikely (but not impossible) that G13 Bar Manager will end up with these added back to management due to the current changes.***

*All commenting has been moved to the AddonsWoW project page to keep it all centralized.*

An action bar mod for users of the Logitech G13 Advanced Gameboard.

There have been several mods that change actions bars to a setup that mimics that of the Logitech G13 Advanced Gamepad. Sadly, many tend to be abandoned and lack ongoing support. That's where this mod comes in. As a G13 user (and avid WoW player), I needed a simple mod that gives the G13 layout without the effort of configuring one of the bigger action bar mods. (Although this one is starting get more of those "bigger addon" features.)

G13 Bar Manager utilizes the main action bar buttons and the bottom left multi-bar action buttons to create a four-row layout of buttons matching the looks of the G13. The upshot of using only these buttons is that when playing from a machine that doesn't have the G13 installed, keybinds on the existing Blizzard action buttons are still in a familiar and usable location.

The Options can be accessed from the Interface Addons menu or by using the slash command: /g13

The idea for this mod was based off the G13ActionBars mod by Vibrid. Sadly, it appears to no longer be maintained, and the process of replicating that functionality turned into a full addon project of its own.