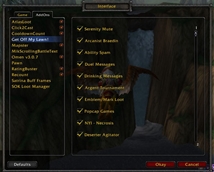 Get Off My Lawn!

An ongoing project to remove annoyances from the game, primarily by filtering chat messages.

If you want to filter out things like duel messages, drinking spam, dual-spec skill spam, or certain exceptionally annoying NPCs, this addon is for you.

As I haven't played through MoP or WoD I have no clue if there are any new features or NPCs that need to be included. Please just leave a comment and I'll see what I can do about it.  :)

[Interaction with other players] 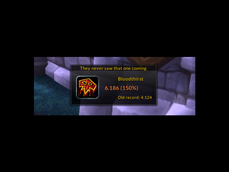 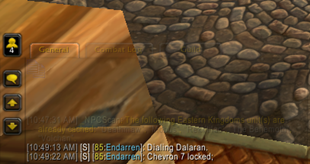 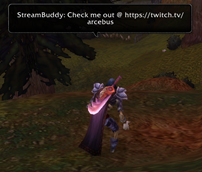