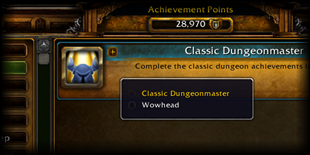 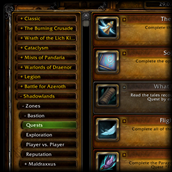 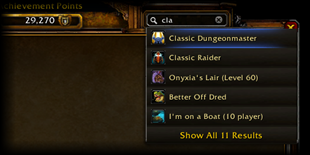 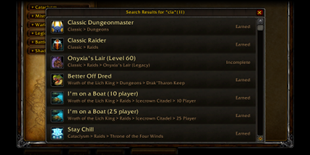 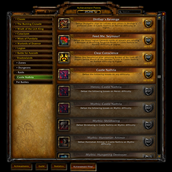 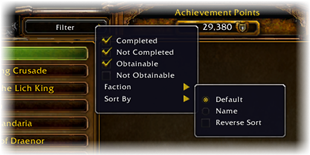 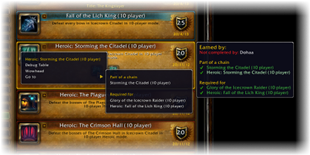 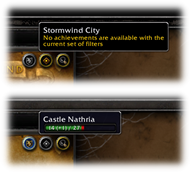 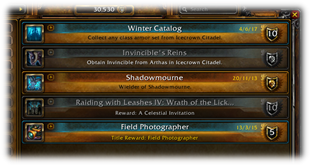 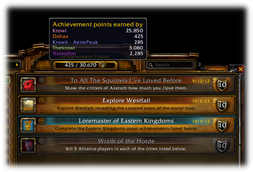 See the images for a quick look at the ingame UI! This might give you a better idea of what is added to the default Blizzard UI.

Achievement Filter adds a tab to the Achievement Window that orders the achievements by expansion and further subdivisions. Over 5300 achievements are added so far spread over 1025+ categories, linked to 1625+ zones and 39 events.

More features are planned in the future and can be requested via the issues system or discord.

Creating and maintaining addons takes a lot of time. If you can miss something, feel free to drop a donation!