LibTouristClassic is a library that provides information about Classic zones, instances, transports and more.

LibTourist-3.0 was first released in september 2007, twelve years ago, based on "Tourist-2.0", its predecessor. One could say the library is almost as old as WoW itself. These days, World of Warcraft goes back to its roots with the release of WoW Classic. LibTourist does the same with LibTouristClassic-1.0.

Relationships between continents, zones and instances can be provided, i.e. which instances are located in a specific complex, in which continent resides a zone and so on. In addition, a large number of iterations is available allowing addons to browse through subsets of the zone data.

The library contains information about connections between zones, including transports like zeppelins and boats. These connections can be used to calculate a route between two zones. LibTourist Classic can also be used for distance calculations between coordinates.

LibTourist Classic can provide information about Herbs and Mining nodes, to answer questions like

– which node types can be found within a zone?

– in which zones a type of node can be found?

– what's the minimum required skill to gather a specific type of node?

– what's the estimated number of occurrences of a node type within a zone?

Several methods have been added to the API allowing to iterate or query herb and mining node information. Also, the gathering difficulty color can be calculated based on skill level or node type.

Note: LibTourist does not provide the coordinates of individual nodes.

An extensive API allows the addon developer to query LibTourist Classic in many ways.

Please refer to the LibTourist-3.0 project page for LibTourist for the retail version of WoW.

Note on flight nodes: due to a bug in the C_TaxiMap API of WoW Classic, all flight nodes are currently being reported as Neutral. 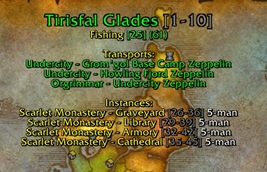 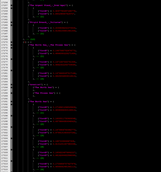