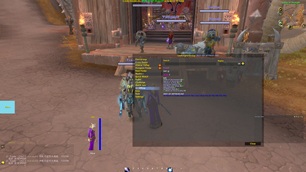 LookingForGroup is a versatile LFG addon.

The addon merges all LFG features into a single one

Warning! Use this addon will replace your entire Blizzard Group Finder UI, including LFD and Raid Finder Queue. Otherwise, it will conflict with blizzard's group finder. Please be careful!

A lot of different types of add-ons are doing the same thing. For example, Cross Realm Assist was a cross-realm addon, but in fact, it is an LFG addon with its UI. Server hop and WQGF were doing the same thing from the program logic perspective. Even Badboy as a chat filter addon would filter LFG spamming. The idea behind BlockChinese could be used for premade groups as well. There is no point for people to install so many different add-ons for doing the exact same thing. That bloats binary size. These features should share the same code base and work together.

DO NOT DISABLE LFG HOOK AND LFG EVENT ADD-ONS IF YOU DON'T KNOW WHAT HOOKS AND EVENTS IN WOW ARE. DON'T DISABLE LFG AUTO TOO. These three add-ons should NOT be disabled.

HOW TO USE LFG TO CREATE A GROUP? 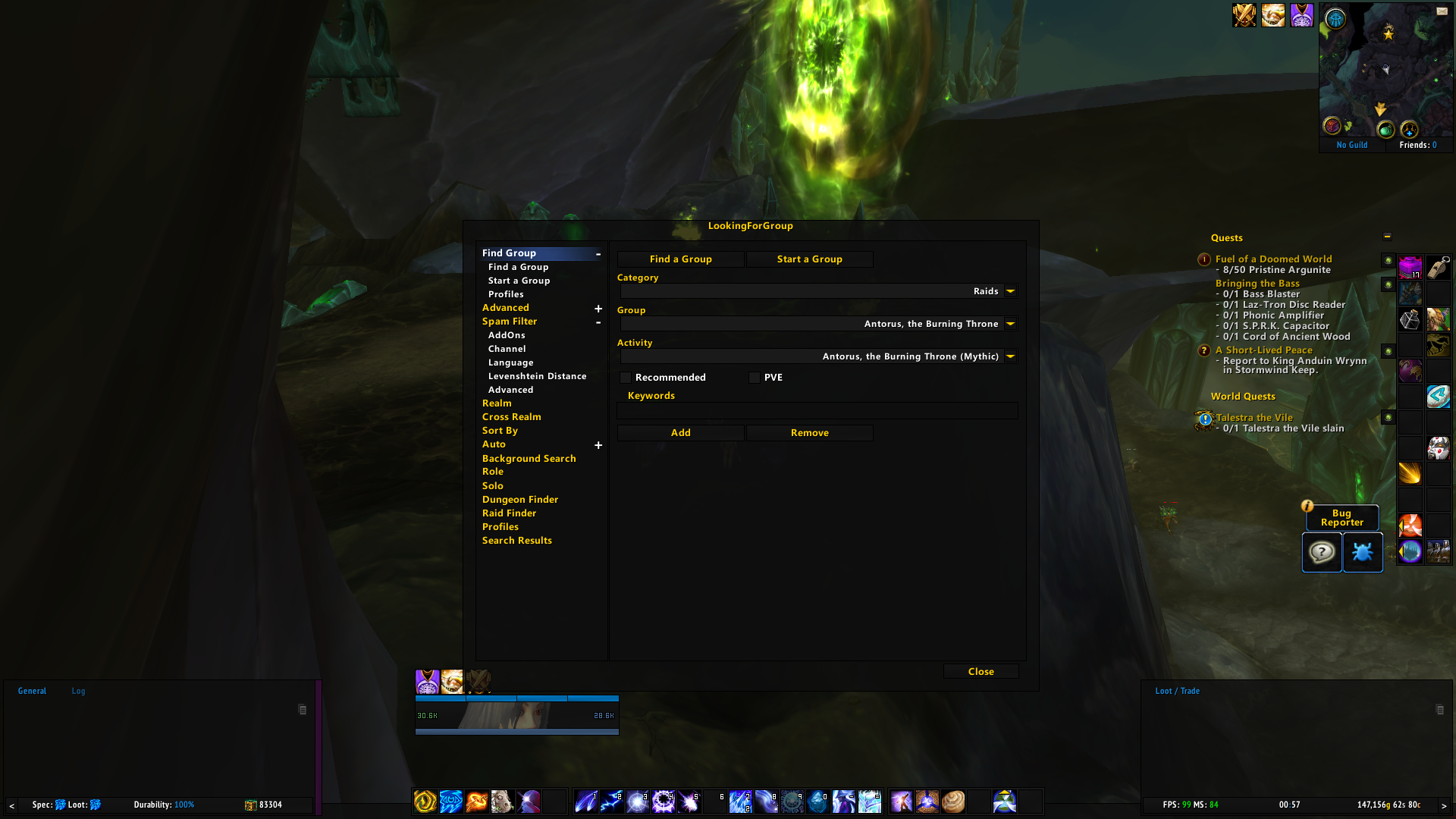 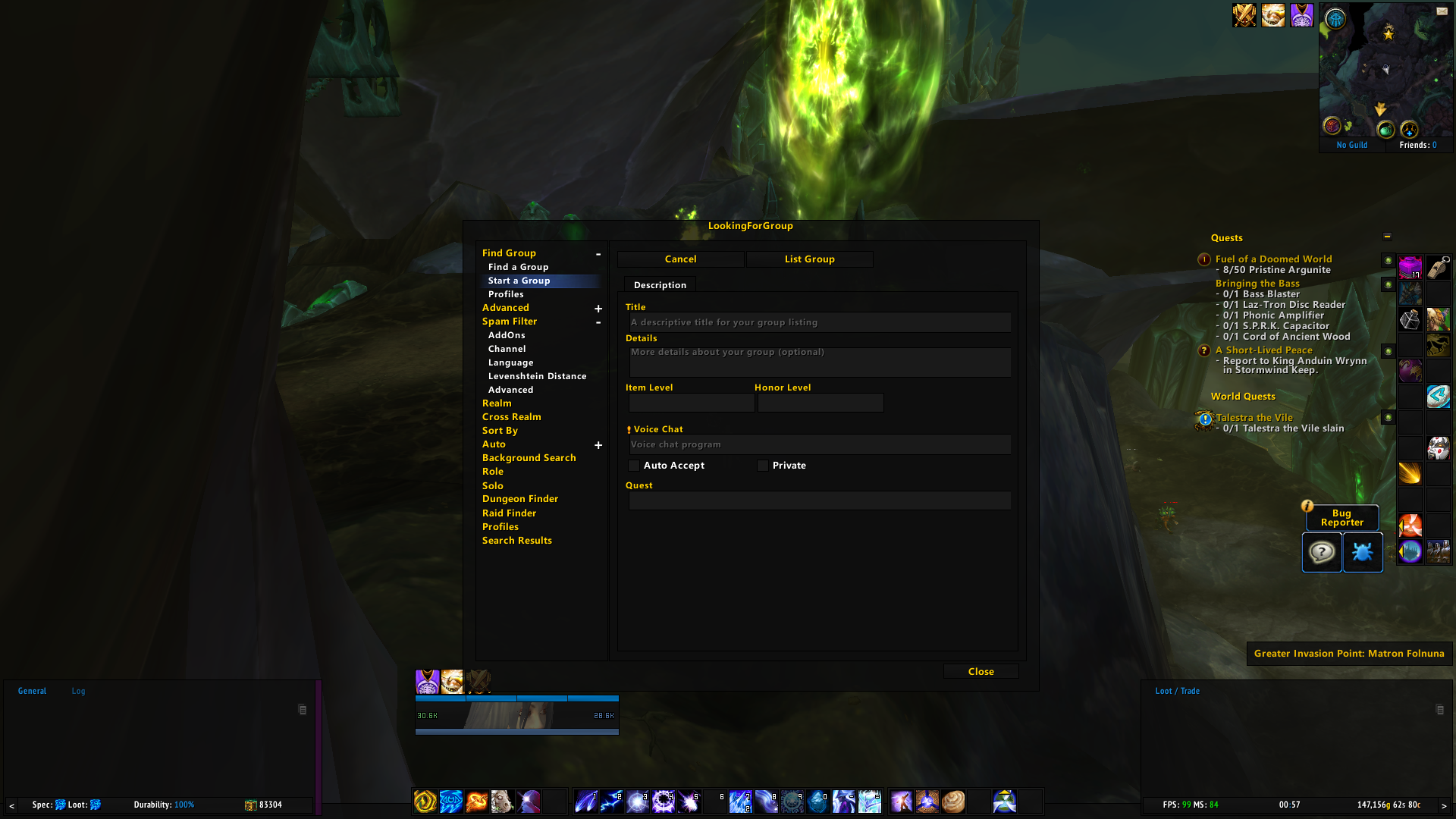 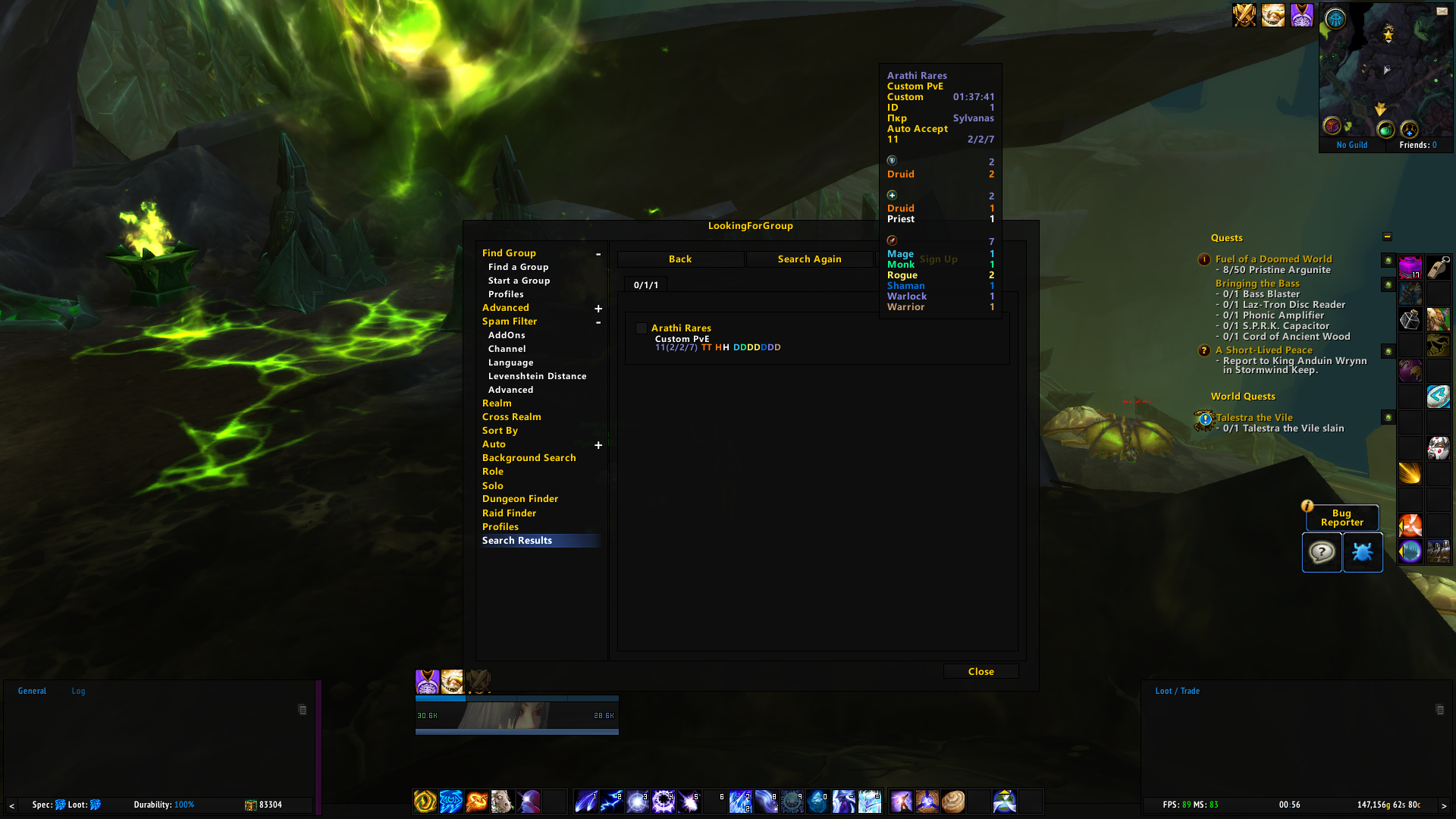 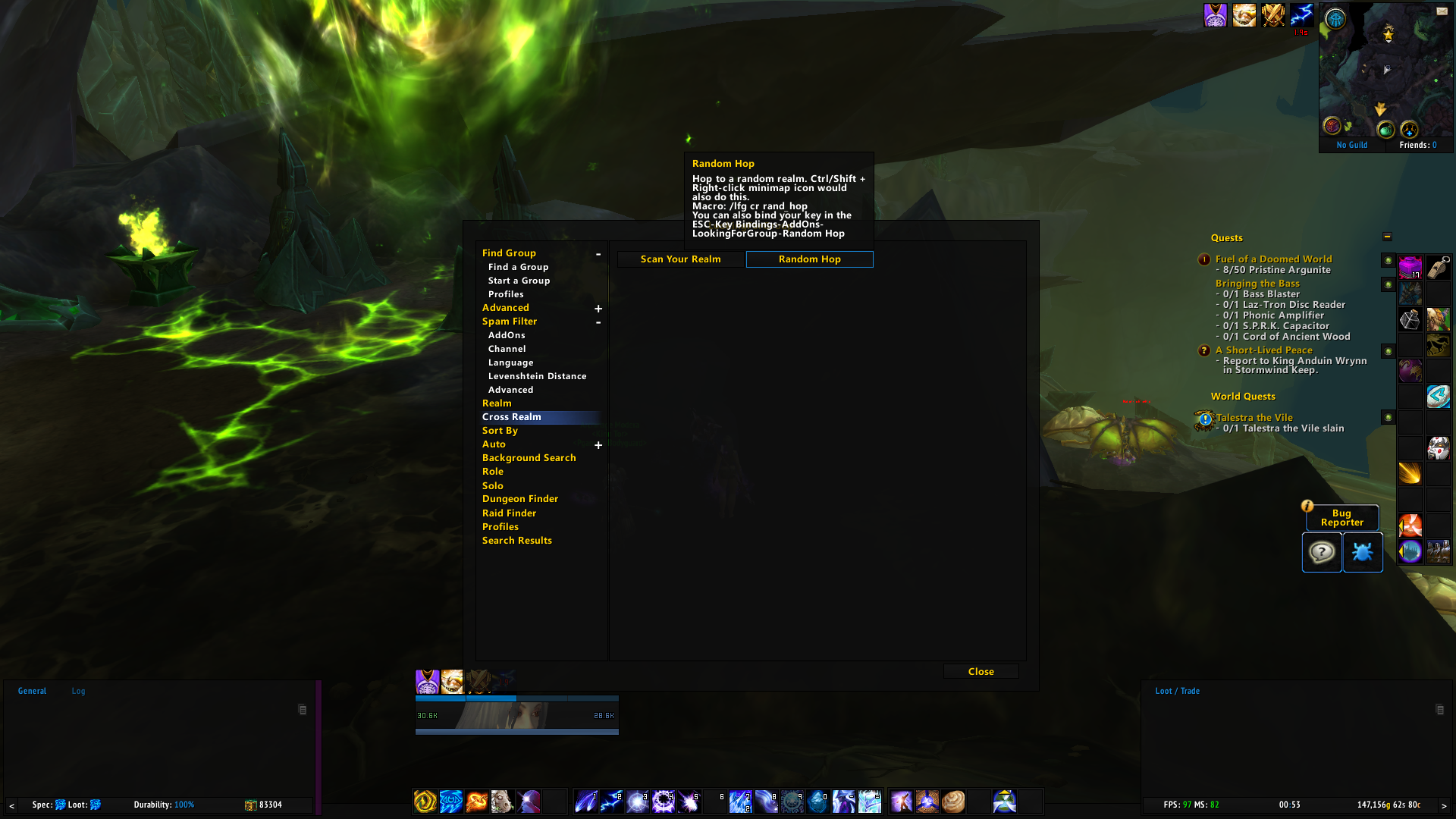 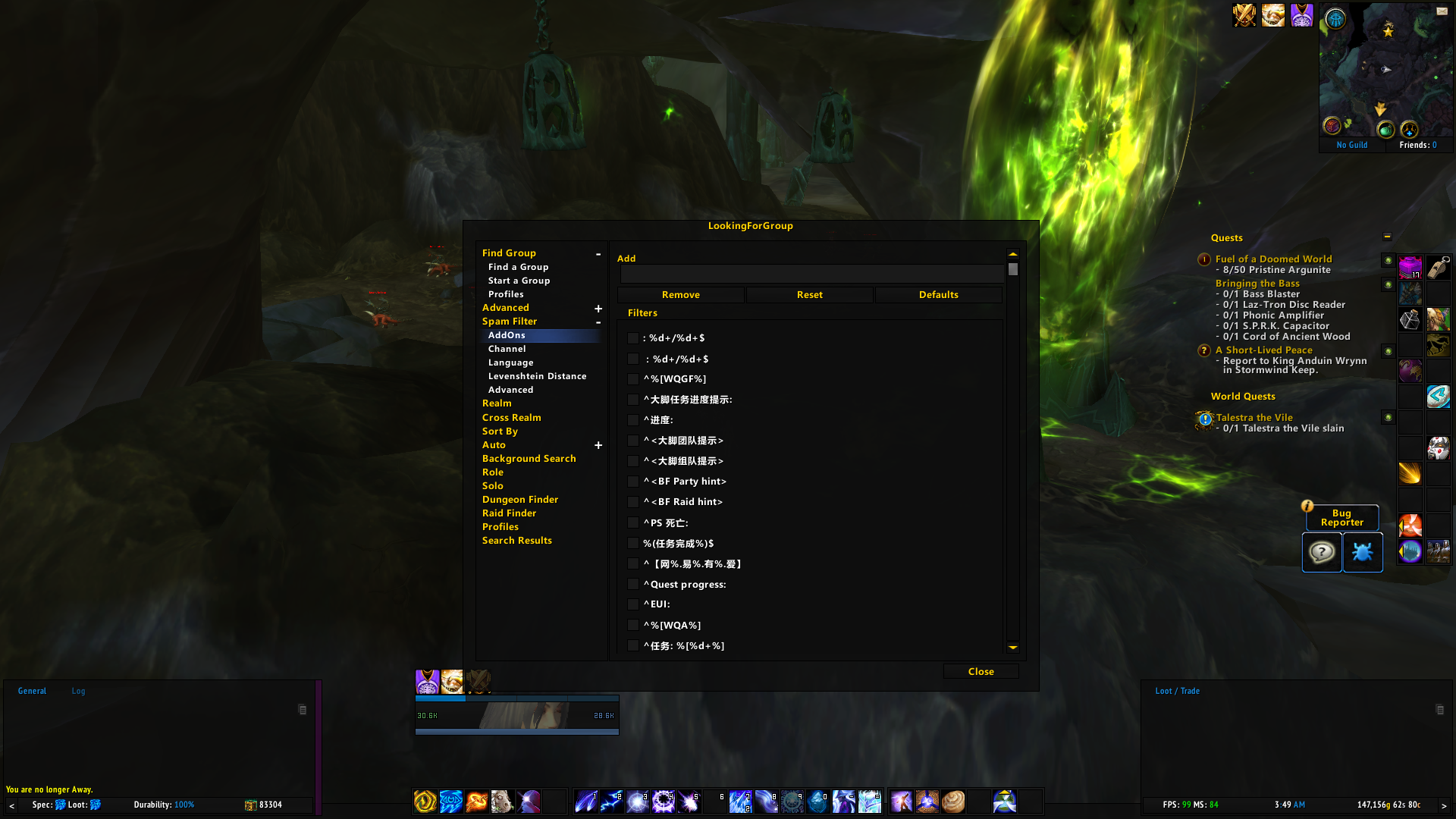 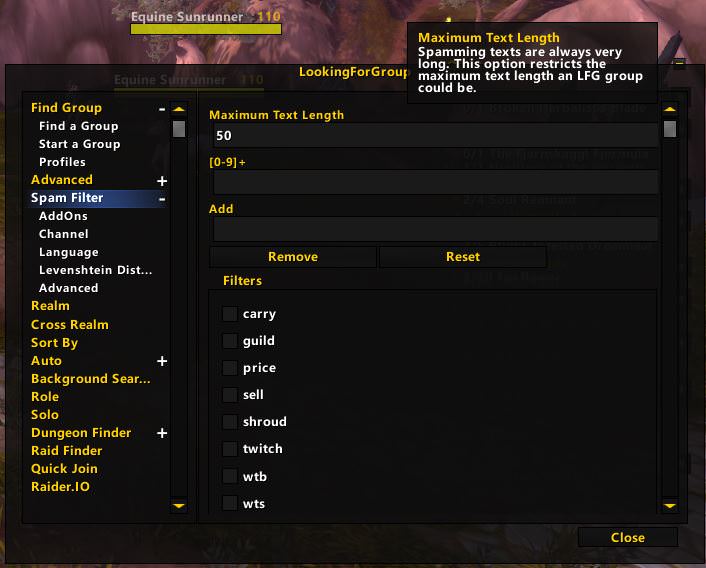 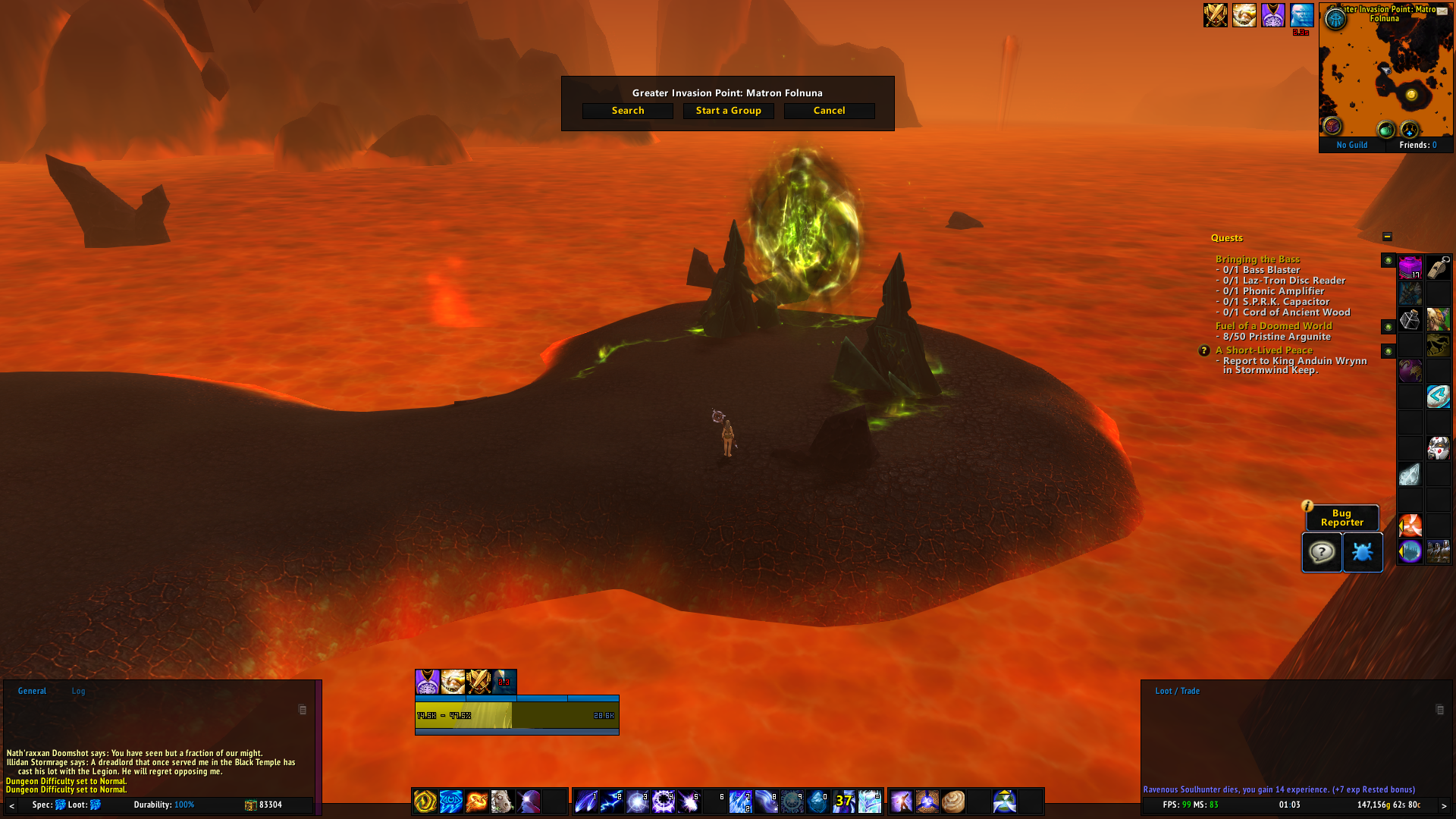 Just disable sub-add-on in your addon list if you don't want the particular feature of LFG. For example, you don't want to use LFG for the quest, disable LookingForGroup Quest AddOn in your AddOn list. 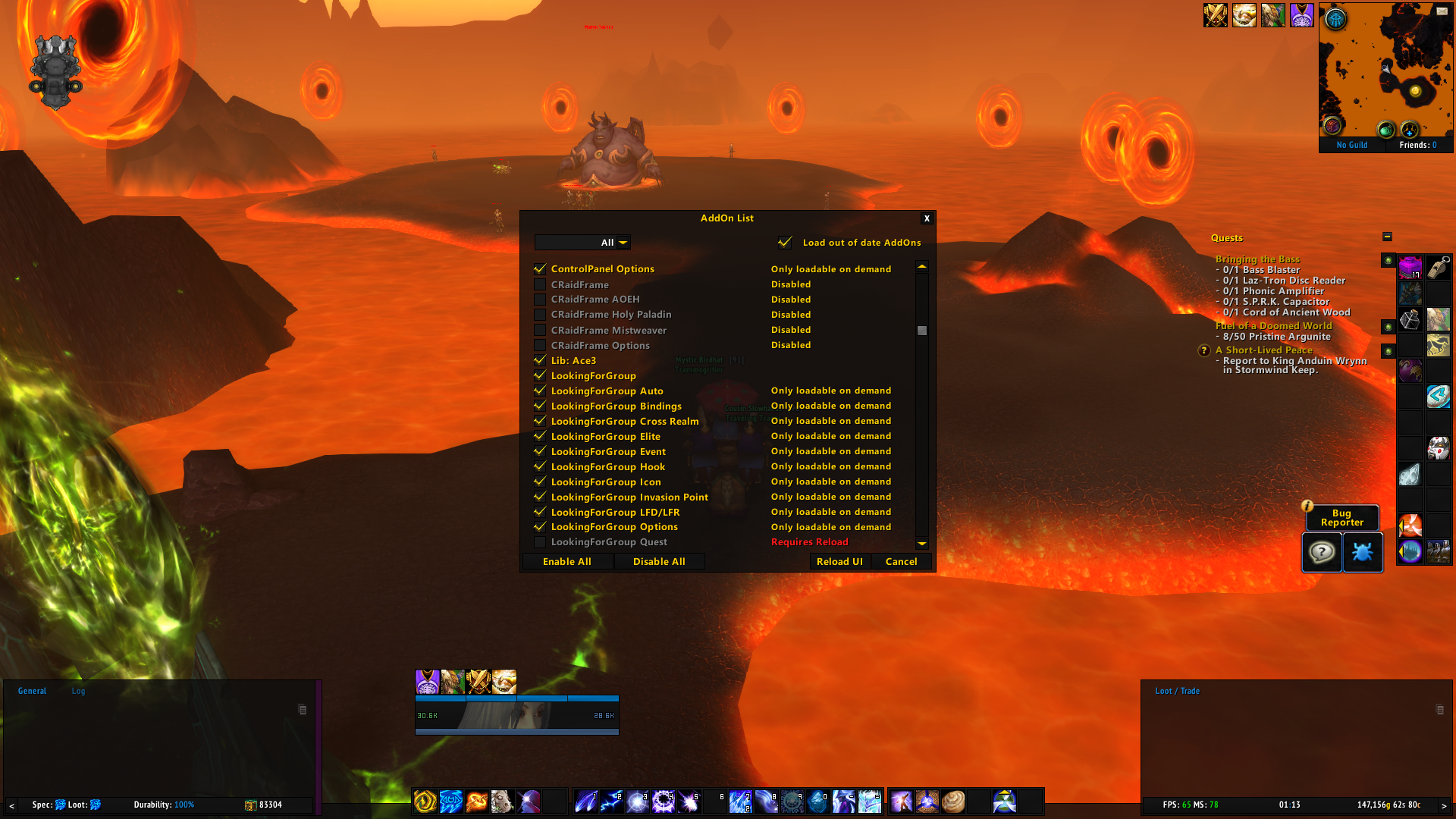 Do not worry about the resource usage of this AddOn. The sub-add-ons are all Load On Demand which means they won't load unless you use those features. 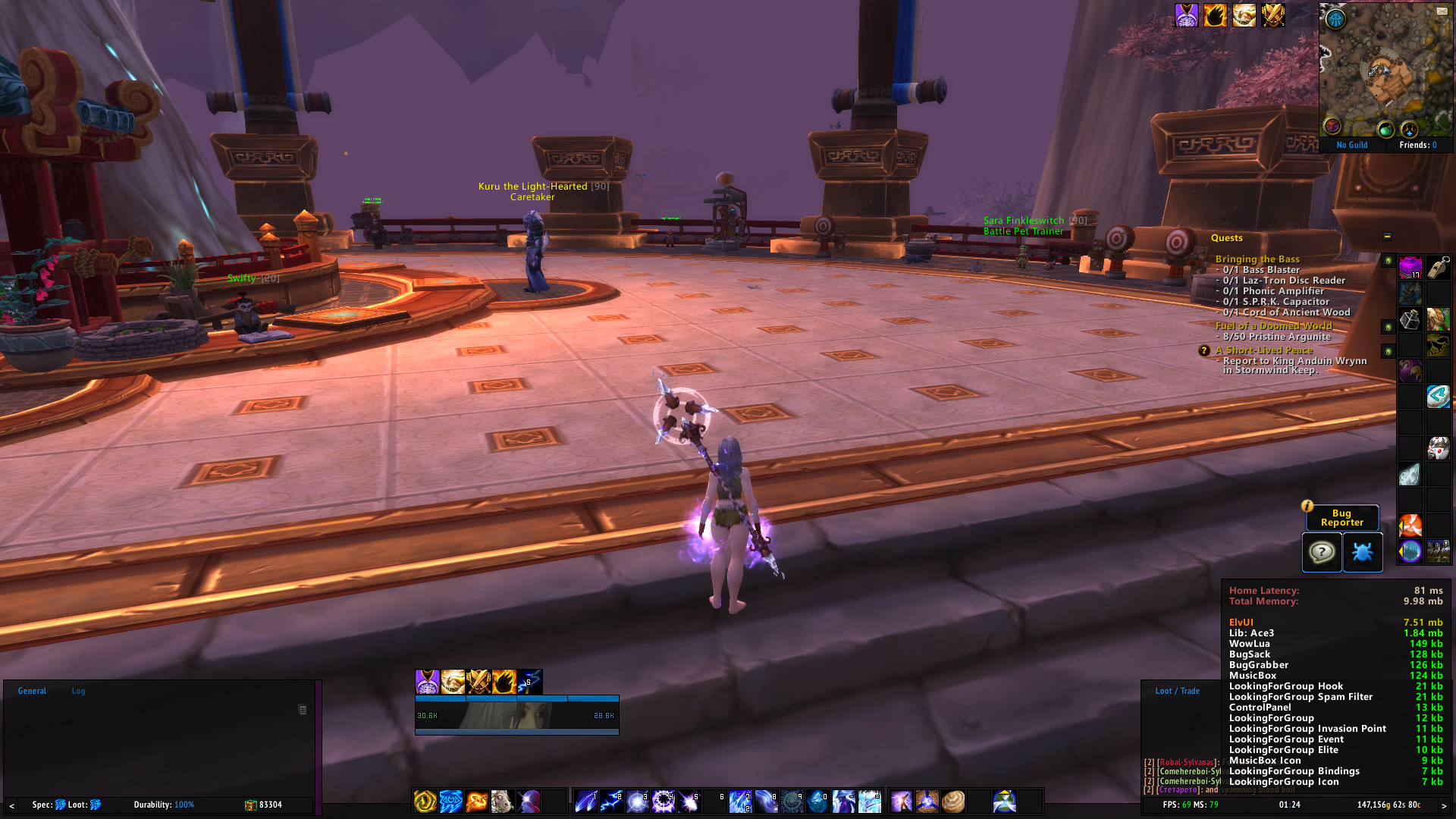 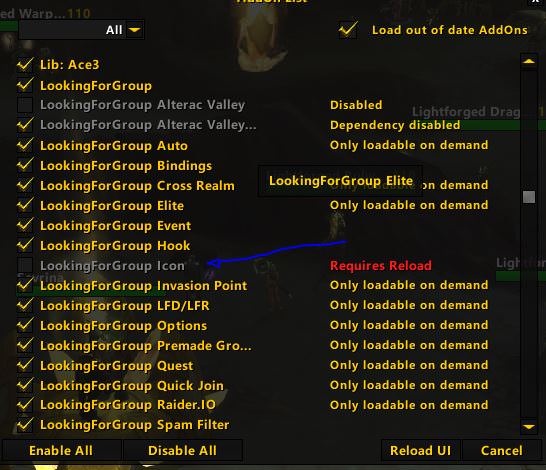 2. How to disable quest popping up automatically? 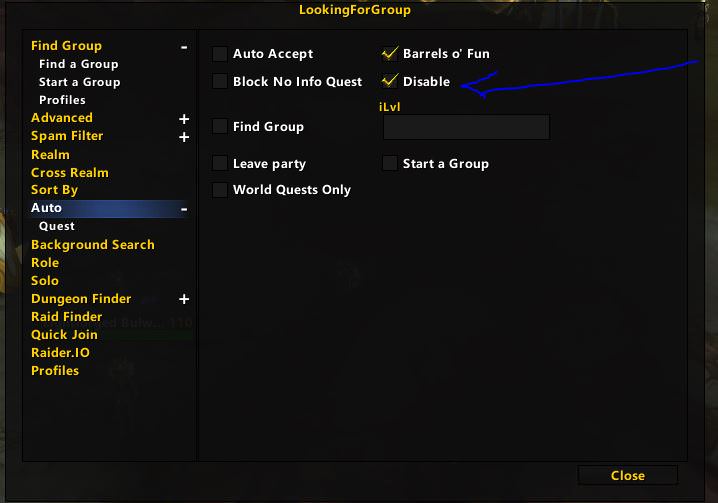 Or leave quest range, and LFG will close the pop-up.

3. Where is my title bar in the premade groups UI?

Since BFA, we have to break blizzard's UI to make this functional.

Well. LFG is designed to replace blizzard's premade groups entirely just like custom raid frame add-ons (like the grid, grid2, Healbot) did towards blizzard's compact raid addon. We can do little customization towards Blizzard's UI unless we write our own "UI." Instead, use LFG to create/search groups instead of Blizzard's UI since it sucks.

LFG does not have a "working" UI. The entire UI is all based on AceConfigdialog-3.0 with some dialog control widgets. It won't cost many resources on UI, unlike a lot of premade group add-ons do. 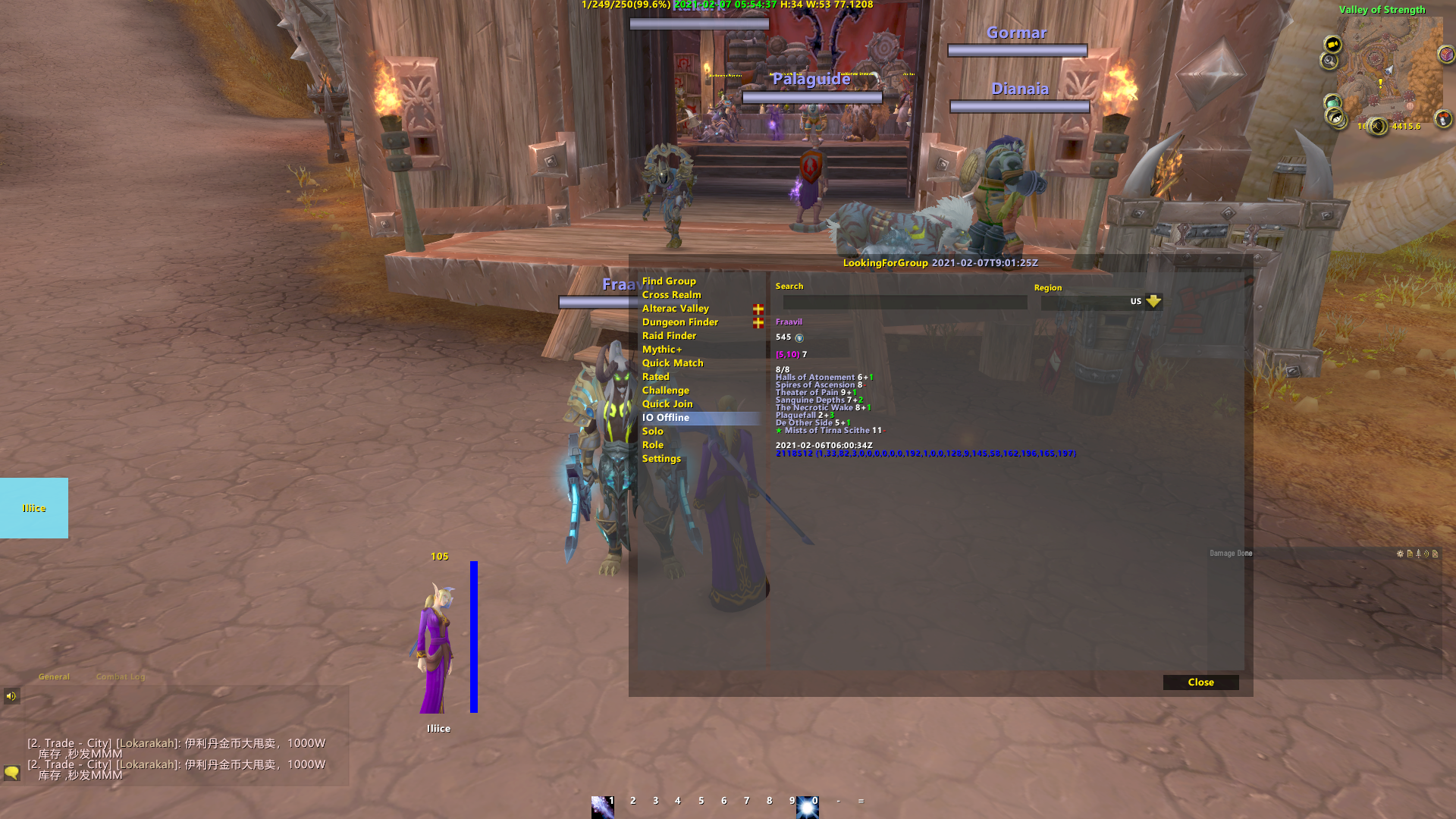