Hop easily from layer to layer with the simple use of a command, assuming there are others with the addon.

I suggest if you use this AddOn you /join world and use the default settings. Layer hopping is more efficient if you have a wide array of users to hop to. 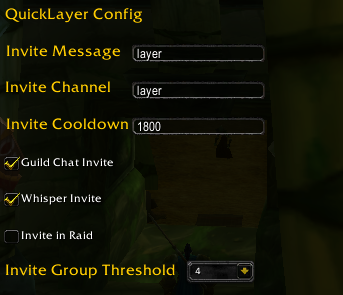 The AddOn auto invites at the use of the command with a blacklist to prevent you from getting into the same group (and thus likely the same layer).

If you want to get to the same layer you can utilize the whisper function. Whispering a person their invite message will get you invited bypassing the blacklist.

The AddOn doesn't do much magic on it's own rather than automatically invites someone asking for an invite, which the command does, the command sends a request to either a specificed chat channel ('/join layer' by default), if someone there has the addon you will be auto invited, it will also accept the next invite after the command is used. It can also send a user-hidden message through guild chat which can trigger an auto invite there.

If you don't want to see the layer channel spam: 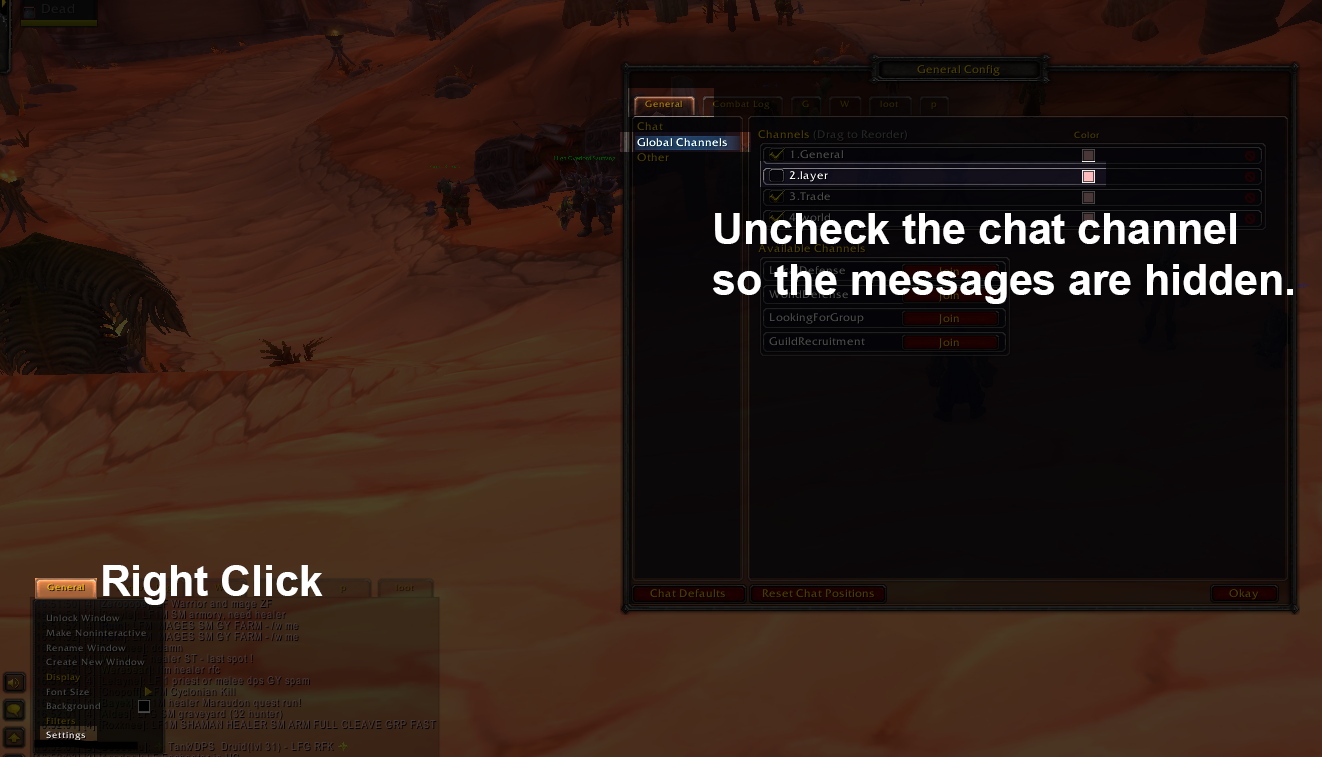