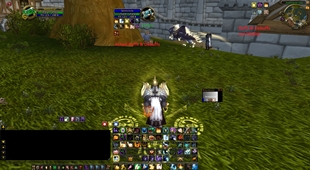 Allows Hiding of Buffs and Debuffs by their Name via slash commands or Edit box in the menu.
Reorganizes Buff Frame into 3 Rows.
Top row for long duration buffs
Middle row for short duration buffs
Bottom row for all debuffs.

New Feature – Ability to turn off the "sticky" style so that buffs behave in the blizzard default style of collapsing.  They will still organize themselves into the duration rows.

New Feature 5.0.1+ Ability to Hide ALL buffs and debuffs, including the Temporary Enchant Frame(shamans) and Consolidated Buffs Frame

Version 5.1.0+ Some options now availiable in the Interface Options Panel.

New Feature 5.1.3+ Ability to reduce the 31 second timer for flashing buffs that are about to expire And the ability to turn off the Flash all together.