Server Hop allows you to find objectives for your achievements, collections and quests with drasticly increased speed.

TL;DR: Support of this addon has now been discontinued. I've quit WoW.

During the past years this addon undergone a lot of changes. From being absolutely amazing, allowing you to farm rares, resources, achievements at like 50x time speeds in God knows where, to a manual button pressing, hoping that someone hosted an auto accept group, so you can maybe double your farm speed.

It was a fun project, but I thought that I would discontinue it when I was banned in November 2015 during WoD (not for ServerHop, but other reasons). However I was updating it from time to time using trial accounts or requesting my friends testing and it survived. Then Legion prepatch hit and broke the system. I made a whole new system, but it, well, sucked. It was good, I think, but people was used to a different things and didn't want that solution. It's really a miracle, that addon survived after 7.2.0 changes, but it did. And now another strike at 7.2.5. Slowly I lost my passion for this project with all those changes.

Unfortunately I don't have any more passion for World of Warcraft too since my main character with a 9 year long history has been banned a while back and trying to acquire everything for the second time is not fun. I've been playing a little bit in Legion, but mostly for this addon's sake.

Thanks for using this addon, it means a lot to me!

Can be done with a macro

Toggles with chat commands /serverhop and /sh or with a button in a LFG window.

Read about it here

Read about it here 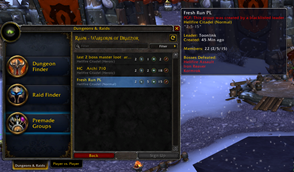 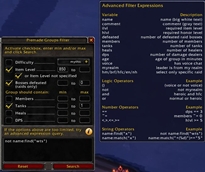