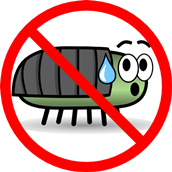 Ever encounter a bug where UI buttons are not clickable or elements are mysteriously missing?

This is usually caused by a bug in the Blizzard frame code, whereby child frames can accidentally be assigned a lower level in the frame strata than their parent, leading to buttons that appear "behind" their container, making them either unclickable or completely hidden.

StrataFix provides a simple workaround for this bug, which affects numerous UI elements, notably including:

Just install as usual and it silently does its job, problem forever fixed!

StrataFix version 3.0 is a major rewrite of the original fixing code. It integrates a new fixing strategy that more directly targets the bugs in the base Blizzard code, and thereby greatly reduces the chance for conflicts with other addons (especially skinning addons). The old fix code is still available via "/stratafix force", but is now deprecated.

Bug reports: please post a ticket with a screenshot and as much information is possible here: http://www.wowace.com/addons/stratafix/tickets/

WoD/6.0 Update: The bug in Blizzard frames remains in WoW version 6.x, and this addon remains an effective workaround for it.