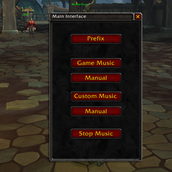 Get
Download The Jukebox Coin (JukeboxCoin.zip release) for world of warcraft version 9.1.0? 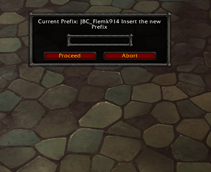 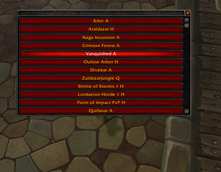 This is a Roleplay oriented Addon that allows to change the ingame game music for yourself and your RAID party. it allow to also create music playlists to play and store to be played in later times.
For more expert users there is also the chance to import in the addon external soundtrack.

How does this work?
You can access the addon menu by looking for the Minimap icon “JukeboxCoin” where you will be able to access to the addon functionalities.
IMPORTANT: To broadcast the music to the rest of your group, you need to be either raid leader or assistant and the rest of the members of the group need to have the addon as well.

Change Prefix: This option allows to change the communication prefix. Only people with the same Prefix will be able to interact with each other. The default prefix is the same for everyone.
Game Music: Allows to select the ingame music to play. With the Left Click the music will be added in the queue (if active) and be  broadcasted to the RAID party. With the Right Click it will be played immediately just for yourself.

Manual: Allows to manually type in the music ID of the track that will be added in queue (if active) and broadcasted to the Raid group.  By typing STOP, it will stop the current music for the whole raid group and resume the normal in-game music.
Custom Music: It allows to access and play music imported from outside the game. This functionality is for more expert users.
Stop Music: Stops the music that is currently playing just for yourself
Raid:On/Off: Turns on and off the possibility of broadcasting the music playlist to the raid group.

Show Queue: Shows the queue of songs that are being broadcasted. From this menu it is also possible to create playlists and save them for later use.
Pause/Play: Pauses and resumes the queue. Once on pause the same soundtrack will keep playing untill the play button is pressed.
Toggle Queue(On/Off): Turns on and off the queue system for the music.

Queue List Frame:
You can remove the items in the queue by left clicking on them.
Load: Access the Playlist menu where you can load playlists into the queue with the left click. ATTENTION: right click will delete the playlist.
Save. Saves the current queue as a Playlist. 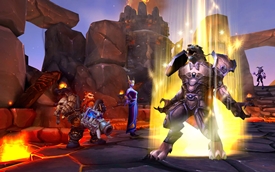