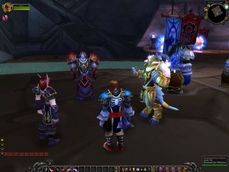 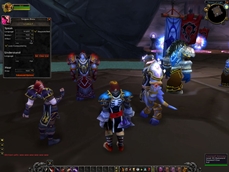 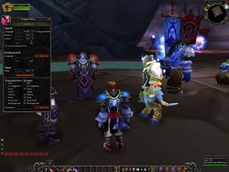 From Skrull "A while ago I started using Lore. As I started working with it, I started to see some of the limitations. I decided to re-write my own version of it, and try to remove some of those limitations. Currently, Tongues doesn't do localization. In a conversation with Rufftran I learned that he may be retiring Lore since Tongues is doing well. I still need to talk to him about merging projects."

What it doesn't do:

Why not? Aside from the EULA, which prohibits this,the other reason for this is because of the method that Blizzard uses to generate its languages. For instance, a Human speaking Common being heard by the Horde may see a word like "hir" this could mean "the" or it could be "toc" – table of contents – it depends on the context, which you don't know because all the words are encrypted. The algorithm to figure this out would have to be extraordinarily complex.

What it will do:

If you have a libdatabroker compatible display addon it will make a display that will mimic the minimenu or 'big red button".

Sub languages are alias of a language who use the same word set to a point, these names can be used when adding a language

How to add a language

Go into your options, click the understand tab. Enter language to learn in the box Hit enter Adjust the slider to desired fluancy Hit Set

You can change your fluancy later (if passive learning isn't doing it for you) in the same method.

How to remove a language

So what are the libdatabroker addons that work? Titan panel? bazooka? or am I thinking wrong?