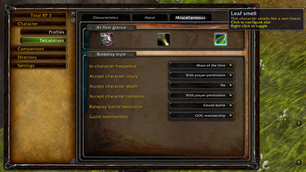 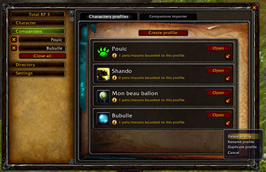 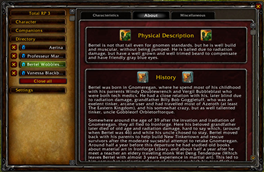 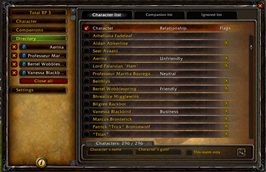 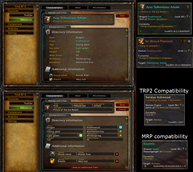 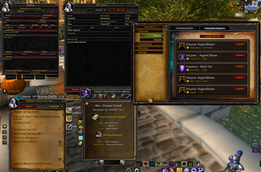 Total RP 3 aims to be the best way to customize, describe and drive your role-play interactions, by combining the powerful customization features from Total RP 2, new features requested by our users and a greatly improved user interface designed with usability in mind. With this add-on, you can fully customize all the information about your characters and companion (pets, battle pets, mounts), like the name, the description or even attach an image to represent them.

Our goal is to bring back the simplicity and user-friendliness of add-ons like MyRolePlay but without sacrificing your freedom when defining your roleplay characters and adding neat features that you’ll never want to live without anymore.

Total RP 3 can understand and exchange data with roleplay addons like MyRolePlay and XRP, allowing you to consult profiles coming from these addons seamlessly.

Total RP 3 is also a fully modular add-on. You can choose exactly which features you want to use and won’t be bothered by a complex user interface if you don’t want to.

This awesome module brings the new creation system. Create items, readable documents, campaigns with quests, customized NPCs and dialogs, loots. Use the inventory system to show items you are wearing and inspect other players’ inventory. Create stashes that other players will be able to inspect. Trade items with other players safely thanks to our security level system that allows you to define authorizations per item and be sure you won’t suddenly shout weird stuff because of a cursed item!

Adds a standalone frame to your UI that displays your “Currently” text and allows you to edit it easily.

Adds a simple button to the toolbar to toggle on and off the map scan location feature.