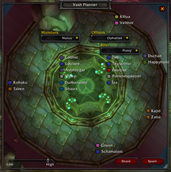 The Raidleader or an Assist can, after choosing the main roles (Tanks and Kiter) freely position any raidmember in the room. Default positions according to a standard tactic are provided.

After sharing, all other raid members with the addon will see the layout as designed by the raid leader, and will see their own position marked with a RED color for easy highlighting. 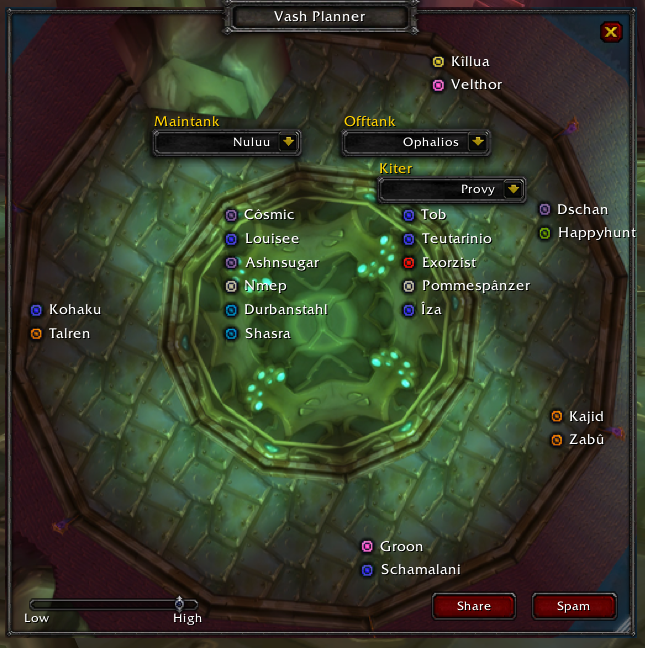