Have you ever heard the raid leader say “did we have anyone soulstoned?” just after a wipe, or wondered if one of the druids has an Innervate or Battle-Rez available during a boss fight?

This addon displays a list of raid members who have an active soulstone on them, as well as providing a list of the cooldowns your warlocks, druids and priests have on their Soulstone, Innervate, Rebirth and Fear Ward spells. This may allow these classes and your raid to co-ordinate these abilities with more certainty and clarity. 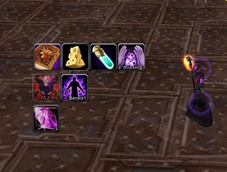 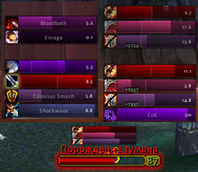