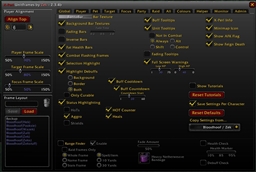 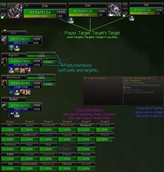 Patch 6.0.3 compatibility and future of X-Perl

Use latest alpha from WoWAce for using in Patch 6.0.3

May still has problems but for most cases it should be working(at least was tested on beta), if not, clearing old setting by killing(and backup) XPerlxxxxxxx.lua in the WTF directory of your WoW installlation and try again with fresh new default setting, thanks your patience.

If still someone want to help Zeksie for he earns his donates from X-Perl then that's fine for Zek and X-Perl, but seems like it's time to cut him out as no one want to help X-Perl anymore (as many of users already heard about the mess of this poor addon), I guess.

I don't know X-Perl will still be continue or not(it's highly possible it won't be, as the new maintainer Resike continued the developing and forked to Z-Perl, and he said he won't abandon his addons), I won't force everyone should must to use Resike's one at this point, as his Z-Perl isn't stable yet, and for some reasons, I don't think he want to port his fixes back to X-Perl as he knows about how Zek did about his addons and everyone who helped Zek to maintaining this poor addon…and, of course…X-Perl may broken again when next time Blizzard's patches released….. /sigh

(At this point, I won't force everyone who used X-Perl to go Z-Perl until it's more stable than now, feel free to use Z-Perl or other Unitframe addons if you want, and do NOT hold your breathe about X-Perl too much, too. I already lost my hope on X-Perl, at least I can trust Resike and Z-Perl now…)

PlayerLin – Maintainer of X-Perl but not a proper skilled coder, just a locale translator and do some shitty PRs. 🙁

Please use the Ticketing System on WoWAce Here and avoid posting bugs using comments on Curse because they're difficult to track and they will probably get lost.

Use a good error catcher (like BugSack from files.wowace.com) and provide the full error text, and give as much information as possible to recreate the problem. Don't assume We know what you're talking about with some three word report.

Perl, with Extra stuff. Much enchanced from Nymbia's Perl UnitFrames, and a complete replacement for Blizzard's default unit frames, including raid frames and raid tools, with little remaining of the original Nymbia code.

Much care has been taken with code size, memory load, memory usage per cycle and so on. LuaProfiler/OnEvent mods used extensively and regularly to ensure that X-Perl does not do more work than is absolutely necessary.

Will show anyone from raid assising you with your target, and can also show healers or all plus known enemies targetting you.

Tooltips for the same also available (on player and target frames) if you prefer to not use the main window.

Replaces CTRA MT Targets window, and doubles as a replacement for the Perl RaidFrames warrior targets.

Indicator shows which target you are on.

Frames will be coloured to show if tanks have duplicate targets.

Shows mana bars and cast bars on left. Their targets on right. Health bar as normal, but a secondary small red bar on targets which shows the maximum single hit this unit has received since entering combat. The secondary bar will extend downwards from their current HP level down to as far as zero.

A green name on the targets indicates this is the same target that you have.
You can click on casters or their targets as expected.

For druids, right clicking on a caster will cast Innervate on them.

For shamans, right clicking on a caster will cast Mana Tide Totem. Check the * indicator to see if they're in your group.

All bars can be re-sized in X-Perl main options (Monitor section).

Totals can be toggled (from the 'T' minibutton at top of frame) which gives overview of raid mana status.

Save/Load raid roster setups
Only does direct save and load for the moment, but more to come (templates and such).

Query button will perform /raitem on all ticked items (query always includes dur and resists) and you can then view and review all the results whenever, without having to re-query each item.

Includes everyone in raid, so you don't have to work out who doesn't have items, it'll list them with 0 instead of no entry.

Active Scanner to check raid member's equipment for the item selected. So you can be sure that people actually have the item worn (Onyxia Cloak for example), without having to go round single target inspecting everyone who 'forgot' to install CTRA for the 50th raid in a row.

Removed from X-Perl, but continues as it's own standalone Ace mod.

Can be found in my new universal buffing mod, ZOMGBuffs 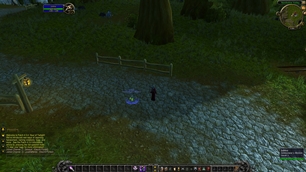