AscendanceTimer is a simple data broker plugin that displays a data feed timer for the cooldown on Shaman Ascendance. It is designed primarily for Elemental shaman, but can be used in any spec.

The timer is automatically adjusted for the Ele Tier 15 4-set bonus (when present), which lowers the Ascendance CD. The addon performs its own cooldown calculation, so the timer shows the true cooldown value at all times – including during Ascendance, when the CD is hidden by the default UI. The timer also notably continues to work correctly in the rare cases where the base UI "glitches" and action buttons show the wrong cooldown. In both cases, the addon will also adjust the cooldown display for default action buttons to show the correct cooldown.

The addon also optionally prints some stats about your Lava Bursts and Ascendance cooldown usage to the chat window (left-click the display to toggle stats). Starting in v1.2.0 also prints stats about Glyph of Flame Shock and Glyph of Lightning Shield observed uptime and benefits.

This addon requires a LibDataBroker-compatible display addon such as Chocolate Bar to show the timer. 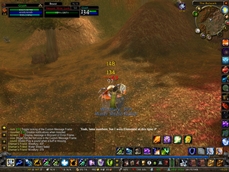 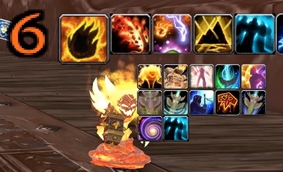 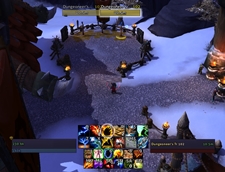