This AddOn was originally made by Armilus. I maintained it since I needed more buffs to be blocked and now I ported it to Classic. Since the classic API prevents buffs from being removed in combat, BuffBlock will only remove buffs automatically when OUT OF COMBAT. To workaround this problem during combat, BuffBlock generates a macro with "/cancelaura buff" for all the buffs you chosen to block. You can prepend commands to your generated macro to your own liking, and you may choose to block some buffs but not include them in the macro generation. Buffs marked as green are used for macro generation, while checked buffs are only blocked out of combat.

Issues and suggestions can be reported at GitHub: https://github.com/PlaskED/BuffBlock. 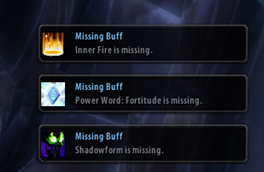 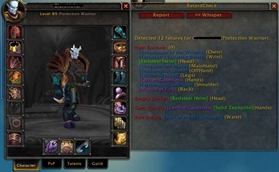