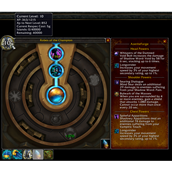 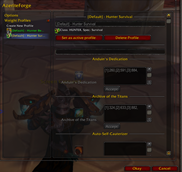 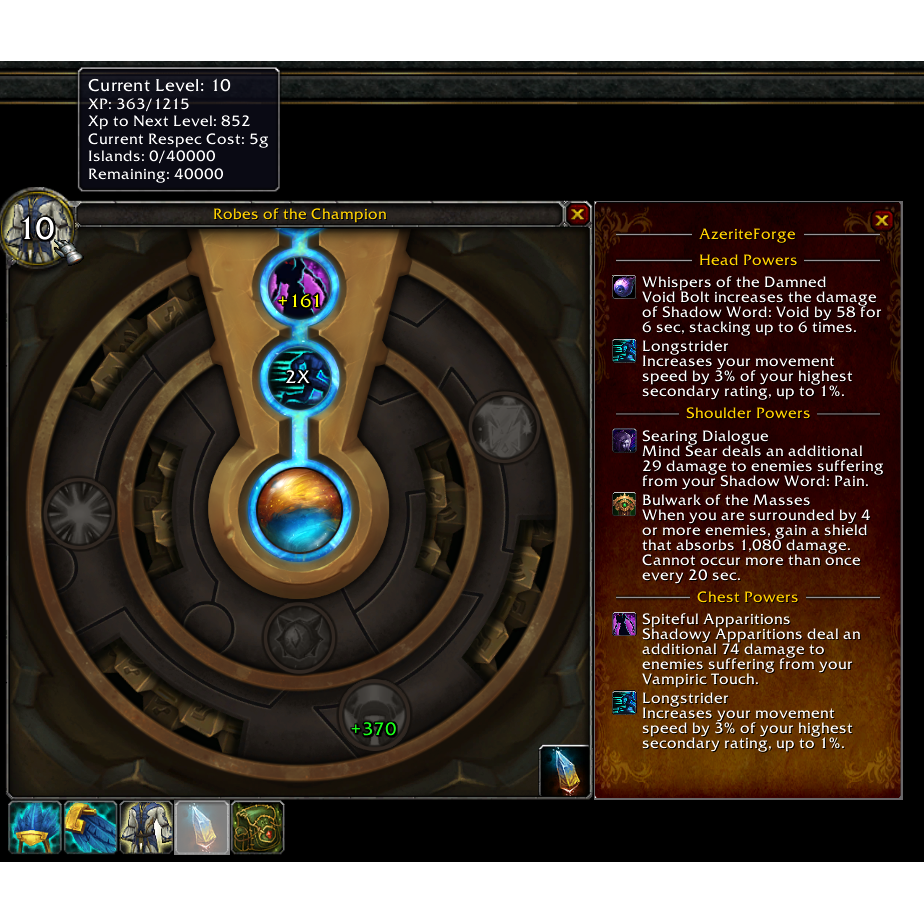 AzeriteForge is a UI upgrade for the AzeritePowers window that helps to consolidate data while adding enhancements to help make that data easier to access via other channels.

Azerite Forge comes with default weights for Stacking & iLevel. These weights were was compiled from the data generated by https://www.herodamage.com/.  Additionally weights can be manually edited, exported and imported via the options menu.  Supports the importing of AzeritePowerWeights export strings. 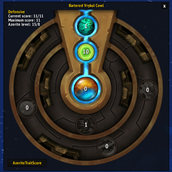 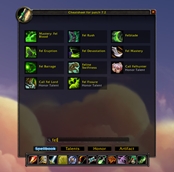 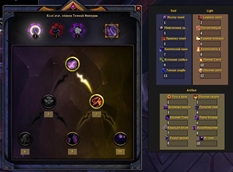 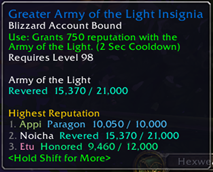 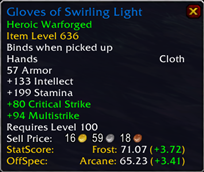