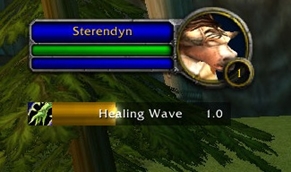 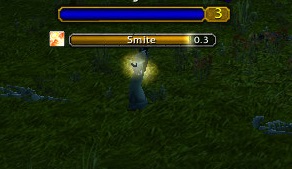 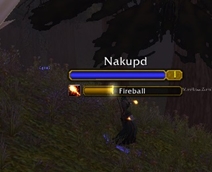 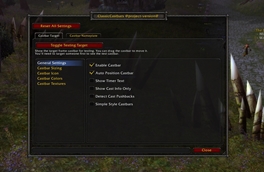 World of Warcraft Classic addon that brings back the target & nameplate castbars. Casting times in Classic Era (vanilla) are always based on highest spell rank due to API restrictions.

Q: Why are the cast timers incorrect when the target is downranking spells?
A: Blizzard removed cast related unit APIs and also spell IDs from the combat log in Classic, so there’s no way
to distinguish between spell ranks anymore and thus this addon will always assume its the max rank being used. This will also affect mobs to a certain extent, but against mobs the addon will auto correct itself after the spell has successfully been cast once for that mob type. If you leave the zone or restart your game this data will be reset.

Q: Why are the cast timers incorrect for some max rank spells?
A: Certain spells have talents that reduce its cast time and these can’t be tracked accurately in Classic.
This addon will instead assume that the target has all cast time reduction talents active. Cast pushback might also
sometimes give slight inconsistencies, especially if the target has talents that give chance to ignore pushback.

Q: Why are the castbar still shown even though the player or mob canceled the cast?
A: Classic has no event for cast stop so the castbar will be stopped on unit movement instead, but this feature is not
always 100% accurate. It is also disabled for mobs since some mobs can move while casting. For focus castbar, it is also disabled since it requires a valid unit ID to detect movement, and “focus” doesn’t exist in Classic as a valid unit ID.

Q: The addon doesn’t show any casts at all?
A: You most likely have a custom unit frame addon that conflicts with ClassicCastbars, or you disabled the addon
on the taint popup when trying to join a battleground. Try reinstalling and/or run the script posted on this page further below.

Q: The addon sometimes doesn’t show casts?
A: Blizzard recently nerfed the combat log range to 50 yards, so if you’re far away from your target you won’t see his cast. Even if you move into range you will still need to wait for the target to cast a new spell before you can see the castbar.

Q: The castbar has different anchor points for different characters?
A: Castbar’s position and scale are always relative to the parent frame. You most likely have the target frame
positioned or scaled differently on your other character.

Q: Why can’t I see castbars on friendly nameplates inside dungeons/raids?
A: Blizzard made a change in Legion that made nameplates unable to be modified while in instances due to it being
abused in raids to make them easier. This change also made it to Classic.

Q: Can I see what cast is interruptible or not?
A: As of v1.3.0 this is now possible to a certain excent. If you interrupt a casting mob and it shows “immune”, the addon will
remember this for the next time that spell is being cast and will show a grey uninterruptible spell indicator from then on. (See ingame options or changelogs for v1.3.0 for more detailed info)

If for some reason the addon stopped working, try temporarily disabling all other addons too see if there’s any conflicts, or run this macro ingame twice: (Will reset all castbar settings to default)

– Submit an issue or bug. (You can also PM me on Curseforge if you don’t have a Github account. Newly registered users might not be able to post due to Github’s spam filter)