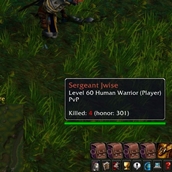 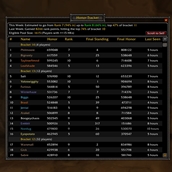 For servers with people sending corrupted data, it's recommended you use /ht internal which will only sync data with people within your guild. On top of that, there are a few automated features provided, such as not allowing non-guild members to overwrite data received from guild members.

On top of the weekly estimates, you an mouse over your progression bar which will give you bracket-by-bracket statistics on your potential rank up, giving you a clearer understanding of where you need to land in order to hit your goal rank, or at least maintain.

See /ht (or /honortracker) for a list of slash commands. 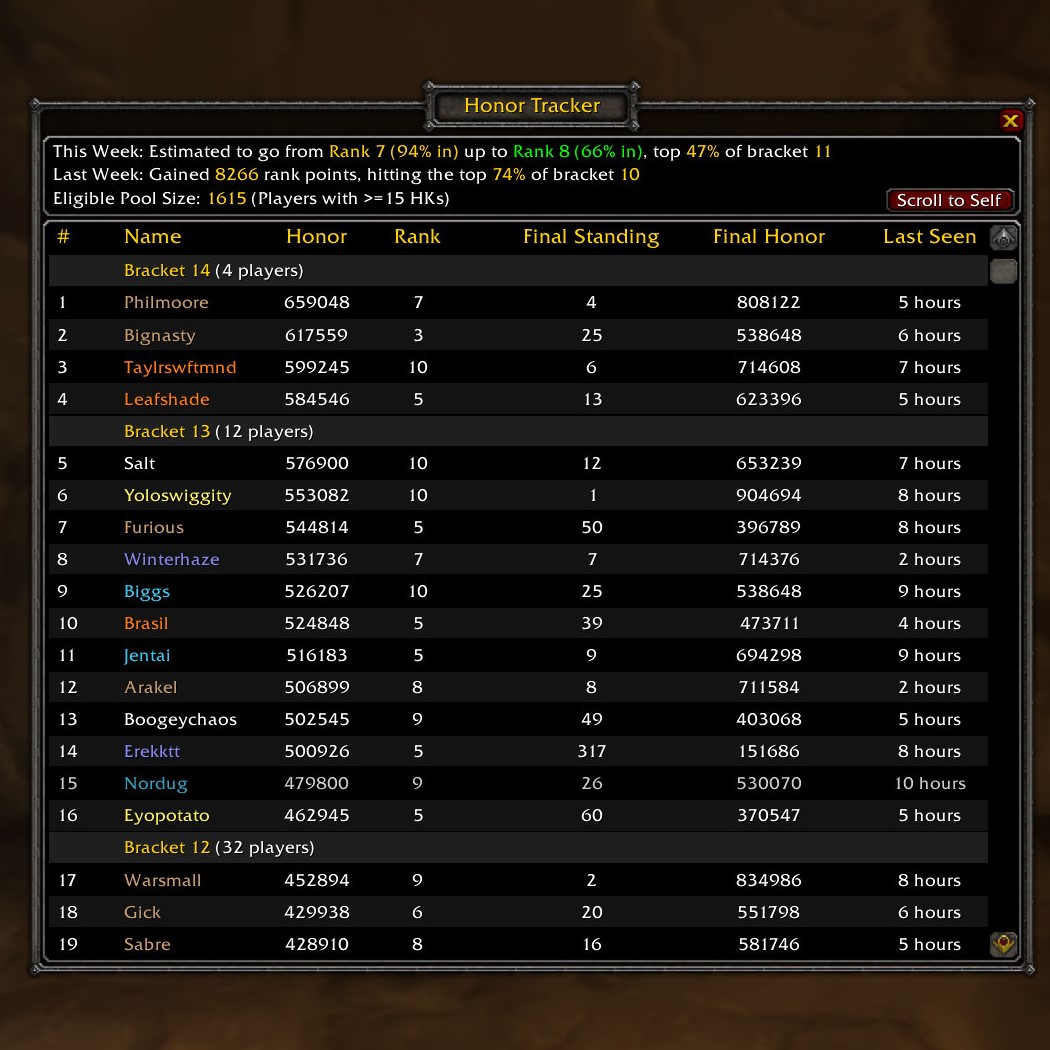 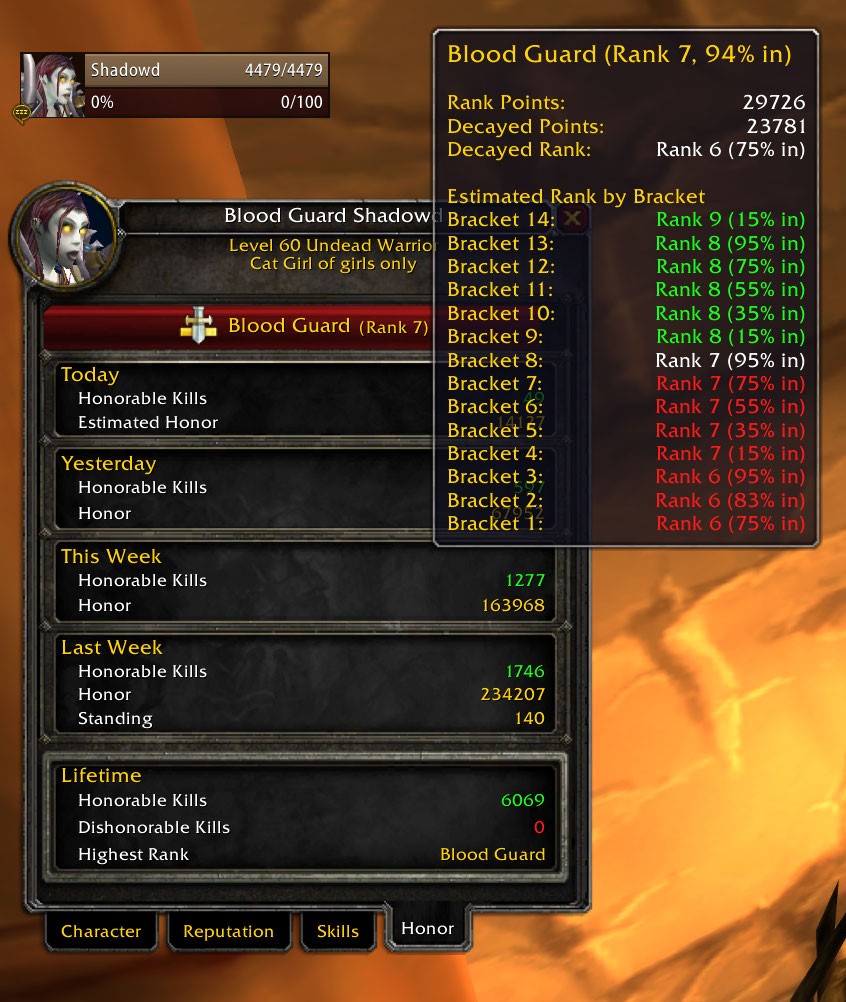 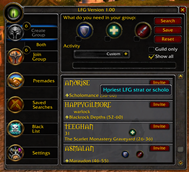 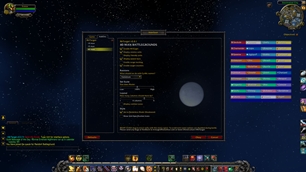 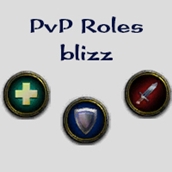