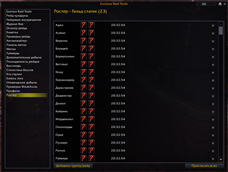 Get
Download InTerroremRT (v0.2.2 release) for world of warcraft version 7.3.5? 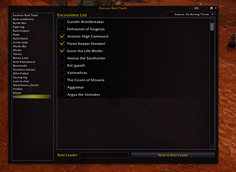 You can create and manage multiple invite lists (like "Friday raid", "Alts Raid", "Cross-Server Raid", "Raid for Achievements" etc). The main benefit of this tool is a functionality to invite not only guild members, but also any other character even from another server.

This feature will become obsolete with Blizzard in-game communities, so no future development planned for it.

Greatly missing feature for Raid Guilds with roster which exceeds size of raid. Every raid member can select list of interested bosses and submit it to Raid Leader. Then Raid Leader for every boss can check who needs and who not needs this boss.

This tool smart enough to only suggest replacements instead of listing all members every time. So if for Mythic Raid you have player in first 4 groups who don't need this boss then it will list it in not-need list, but if player out of raid group or in 5+ group then it will not be listed and vice versa for players who needs boss, they will only be suggested if they are not in raid or outside of first 4 groups.

It provides both Graphical UI and chat API for regular raid members. For Raid Leader only console commands are available (for now).

Other features which are not implemented, but may be if this add-on become popular

3. Auto-demand based on required items list and owned items

4. Demand-score calculation for each boss based on required items (available for Raid Leader)

5. Auto-building groups based on need/no-need (invite and move between groups)

6. Tracking raid setup history (allows to restore groups for each boss). Useful when you need special setup for every boss or you have assigned responsibilities based on group numbers. 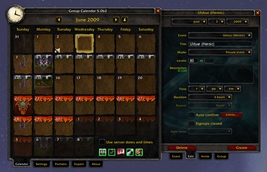 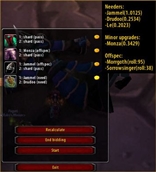