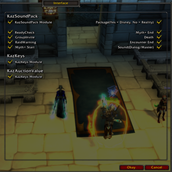 You can now write /kaz list and see a list of all the players in your guild that is LFG, bored, or just wants to do stuff with others.
To add yourself to the list you type /kaz status (And it changes to opposite of what it was)

I have decided to compile my addons into one addon, where there is settings to switch on/off whatever you would like.

KazAuctionValue:
Shows the value of your posted auctions combined when opening the "Auctions" tab. Simple, nothing flashy over it. Just needed the function and couldn't find it anywhere unless u wanted to use TradeSkillMaster which is much bigger than what my needs was.

I was personally annoyed by all the people using AstralKeys
and spamming the guildchat with thoose announcements so..
I made a simpler, non-spamming addon instead.
This is also working together with Astral keys for party usage.

/keys guild – Sends you all keys from the guild (That has the addon), Posts it so only you can see it.
/keys party – Sends Keys from party in party chat, also asks users with astral keys to post theirs – If someone has both, it only posts one of them.

First package that will be sent out will be disney and that is the default right now.
Also, options for which one you want to have active or not, is available. 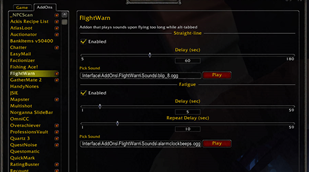 I Hear You Real ID Conversation