Dependencies: Requires LibStub and Ace3 to function! These should install automatically, but if not then download them separately.

Auto-swaps Forager's Gloves in Pandaria zones, Gloves of Ambivalence  in Legion zones*, and Touch of the Occult in BfA zones* when you mouse over mining/herb nodes and skinnable creatures. (*with that expansion's enchanting scroll applied) You will need to obtain at least one of these gloves in order for this addon to work! (The last two are purchased from Paldesse, a vendor in Dalaran – Broken Isles. Be sure to /reload after buying them.)

– Works for mining, herbalism, and skinning in Pandaria natively, and in BfA/Legion zones with the proper scrolls applied. See README file!

– Re-equips your previous gloves a few seconds later (~3 sec when not in combat, ~6 if you got into combat while skinning.) Will not swap if you mouse over a node while in combat. If you get into combat after gloves are equipped, it will swap back upon exiting combat.

This addon frees up your everyday gloves so you can put a Shadowlands gathering enchant on those.

I recommend putting Crafting on the Forager's Gloves and using those in town to speed up your crafting queues.

1. To get the speed increase in BFA zones, you MUST enchant Touch of the Occult with a KUL TIRAN or ZANDALARI profession scroll.

2. To get the speed increase in LEGION zones, you MUST enchant Gloves of Ambivalence with a  LEGION profession scroll.

3. When the addon is enabled, these gloves will swap even if you don't have them enchanted, but you will only get the speed increase if they are. So make sure you put the right scroll on the correct gloves as noted above. (Be sure to double check with the latest update!)

4. Forager's Gloves now only swap in Pandaria and do not require an enchant to function.

– If you have two gathering professions, I recommend choosing the one with the longest cast time or the one you use the most, and use that enchant to save the most time.

– Gloves will only swap on characters that have the relevant professions, that can equip them, and who have skill level high enough to gather in the zone/area.

– Pre-Pandaria zones are not currently supported. The swap won't occur in Draenor zones since the effect is automatic there. (Draenor effect is currently broken in 9.0.1!)

– If you don't want the gloves to swap for some reason, simply leave them in your bank.

This is a working update to Equipped Forager, formerly managed by _ForgeUser1215986 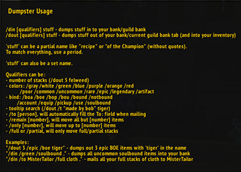 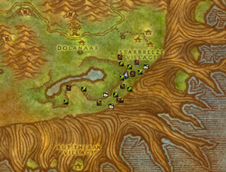 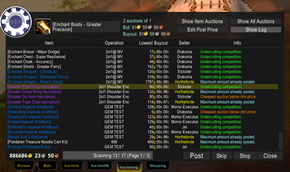 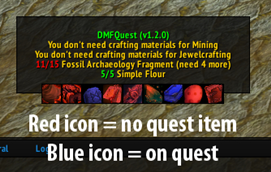