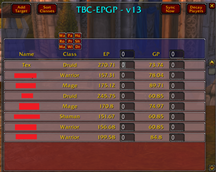 This AddOn is still in development but should function ‘as-is’ for the minor functionality that has been created already.
In it’s current state, the AddOn tracks the amount of player in the raid on the pull of a raid boss and saves them to a dataTable, which in turn is saved to a SavedVar.
This way, the information can be saved and accessed later.

Currently does not have a proper GUI yet!

TBC-EPGP has been commissioned of Fiverr and has been financed by RubyBlaze.
Need an AddOn, but unable to program it yourself? Contact us on Fiverr now! 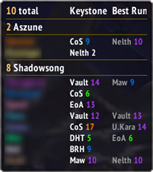 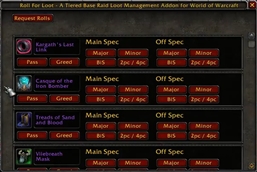