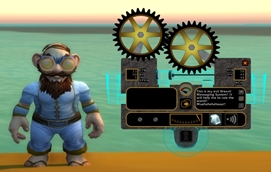 This addon has no real use. It is intended for roleplay fun only. The WMS-016 pretends to be a gnomic invention for comunicating via the beams of prismatic focusing lenses. The idea is that an user of a WMS-016 can modulate the beam so that it carries messages. When a receiver who also owns a WMS-016 receives that beam, he can decode the message.
To find out how to operate a WMS-016 is part of the roleplay. Thus there's no manual. And it is an invention by gnomes. Thus it's only natural that it makes simple things a tiny little bit more complicated than necessary. 🙂
The real fun is to establish a long comunication line with many players who act as relay stations to forward messages.

Prismatic focussing lenses not included!
You need at least two players with this addon installed to explore its functionality.
To show the user intereface type the command "/wms" in the chat window. 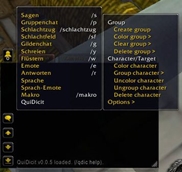 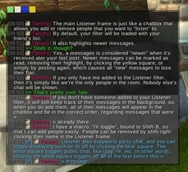