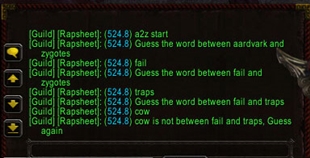 A to Z Game
———–
This is a very basic A to Z game addon, allowing for play in guild chat by default.
It uses a list of several thousand commonly used english words.
If you change the code to talk outside of guild, please be kind to the people around you that may not want to play.

Change GUILD to one of the following that goes with the previous change:
PARTY
SAY
RAID

That is it! It likely works in other channels as well, but has only been tested in say and guild.
Any words added to the wordlist must be in alphabetical order.

Calm Down and Gamble 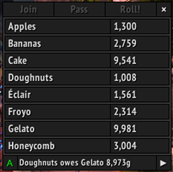 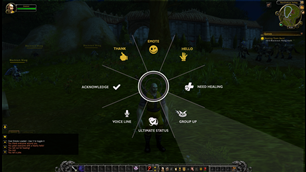