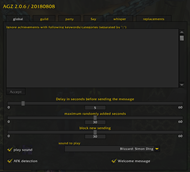 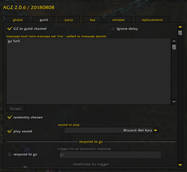 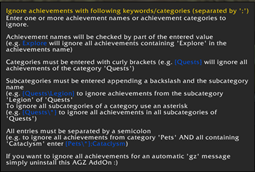 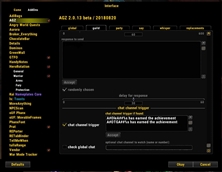 This AddOn sends an automatic messages like 'gz' by receiving an achievement event form your guild members or people around you. It can also answer a received guild 'gz' after you got an achievement.

You can easily configure it to send different messages to your guild channel, party channel, simply by 'saying' or additionally whisper it.

It has a default delay which can be randomized before sending the message.

You can ignore special achievements by providing their name or ignore complete categories like all 'Quests' achievements for sending a message.

Please read the "Version History" section below for an overview of all currently implemented features!

No configuration needed – works directly after installation with default settings!

for version x.x (ideas to be discussed) 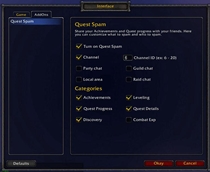