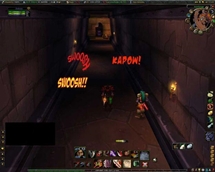 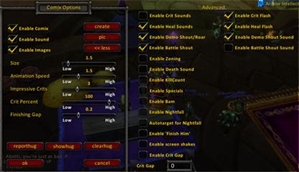 This is the continuation of Comix.

Thanks to Si63 for letting me continue it.

If you have an bug, or other improvement or issue, please file an issue over at curseforge:
https://wow.curseforge.com/projects/comix-reloaded/issues

Comix is a plain Fun Addon. It's sole purpose is to keep you entertained. It doesn't do anything useful but the EntertainYourFaceOff™ technology contained in the package is sure to keep you amused for hours, and you won't even know why

In plain english: It shows a Image and plays a sound when you crit. These Images and Sounds are done in Comic Style. but it can do so much more….

– cool stuff happens on Crits (heals and damage)
– plays fancy sounds
– plays sounds ripped from other things
– keeps track of up to 2 useless statistics
– now includes a bad joke detector
– an awesome objection system
– a drama button for the unnecessary drama in the game (all drama – its a game people :P)
– now incorporates the Supermassive Fail mod for all the times when saying fail on its own just doesn't cut it (try using /awesome instead of /fail sometime too you'll be glad you did :P)
– and more…..

A note on /fail and /awesome:

/fail and /awesome are both used like this example:

this will make you say (in say) this is [Pure Awesome]

valid choices for where to send the message are: say, emote, yell, party, guild, officer, raid, rw (for raid warning), bg (for battleground), afk or dnd

PS: The Way i loaded 'images' and 'sounds' is somehow copied from the Author of the addon Critman. I really liked the way he did that cause ppl can modify Images and Sounds easy this way. the new flash gfx were ripped from the mod Instabolt, which i think ripped them from somewhere else so no hard feelings

I got sexy through this
I could increase my wpw-ratio (women per week) by 100%,
just with using this addon, describing how happy i am is
not possible.
Riffage

This addon makes you happy
it really does.
Anousse

I am a better person now
My Karma became good the instant i installed this addon, thanks !
random druid

You have failed me my Students!
But this addon rocks!
Instructor Razuvious

This addon is great for slacking
"I was able to slack like hell in raid while coding this addon."
Zabuza

I am wearing no underwear when I am using this addon
"And it sure feels goos, thanks guys!"
Maidokilla 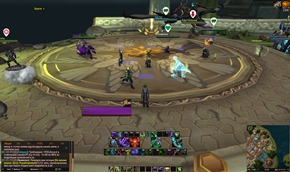 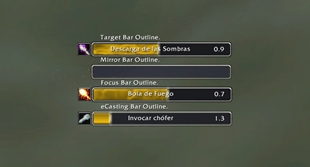 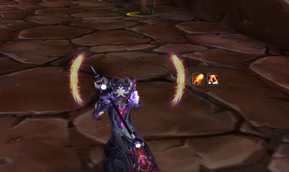 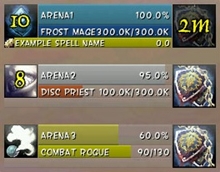