So, having high disdain for the standard WoW interface (those silly buttons across the bottom) I decided to just make my own. Some of the earlier models came out pretty good. Loved them, but with an attention span of a gnat I found myself re-rolling the interface every few months. After a few hack n slash interfaces I decided to create this one – a kindda one interface to rule them all.

Basically this addon will look for interface addons such as Grunge and Mechanical and begin to load them calling pre-defined functions. Of course, the beauty of this addon is that you can make your own interface addon for this one to load.

/skin will give a list of commands, of course the main one being Load
/skin load GrungeSkin would load up the Grunge Skin. The actual interface skin is character specific so you could use multiple interface skins if you desire.

There's a high probability I'll maintain this addon along with Grunge.
Low drop chance of Mechanical being maintained; however, if people seem to like it, I'll crack it open and give it a facelift I suppose. 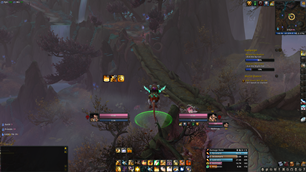 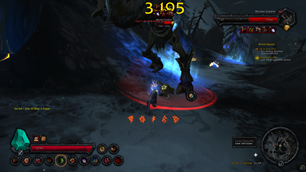 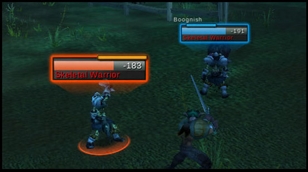