Get 0.05 TON 💎
Download Toxyna\’s I Interrupted That (ToxynasIInterruptedThat 0.0.37 release) for world of warcraft version 7.3.0?
Download link will appear in 5 seconds 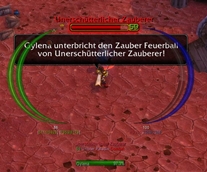 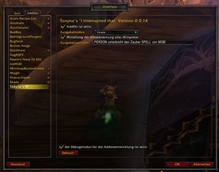 Toxyna's I Interrupted This tells you or other people, when your character has successfully interrupted a cast of your target.

With Toxyna's I Interrupted This you can announce successfully interrupted spells or ablilities of mobs or enemy players in different manners:

How to use it

There are since Version 0.0.14 two ways to configure Toxyna's I Interrupted This. The first one is to use the interface addons option page I generated for this addon (hit the escape key in the game, click "Interface", click "AddOns", and click "Toxyna's IIT". You should now see something like this:

The second way for configuering the addon is via the slash command /tiit as descibed in the sections below:

With /tiit emote you can switch back to the default mode Emote after changing him.

With /tiit allmembers you can toggle to show or not to show interrupts from other users. Here is the result in Emote mode:

With /tiit allmembers10 you can toggle to show or not to show interrupts from other users in small raids.

With /tiit allmembers25 you can toggle to show or not to show interrupts from other users in big raids.

With /tiit allmembersPvP you can toggle to show or not to show interrupts from other users on battlegrounds.

With typing /tiit self you can switch to the Self mode. It will send the messages about interrupted abilities into the chat frame just for yourself. No other player will hear about it.

With typing /tiit forceparty or /tiit party you can switch to the ForceParty mode. It will send the messages about interrupted abilities into the party channel /p, even if you are in a raid or on a battleground. If you are in no party anyway, it will tell yourself about interrupts just like the 'Self' mode does.

The Auto mode after typing /tiit auto sends the interrupting message to the party, to the raid or prints it, if you are alone. In case of pvp it also simply prints the message.

With /tiit say you switch to the Say mode. The charakter will tell other people via /s, that the interrupt was successfull. Be carefull on roleplay servers wih this mode. Even in dungeons this mode is annoying. A rouge spamming "I Interrupted That" all the time with the mode say was the point for me to start with this branch of 'I Interrupted That'.

Via typing /tiit abilities or /tiit interrupts you can get a list of the gathered interrupting abilities Toxyna's I Interrupted This has gathered so far.

Differences to the original

In access of the abilities of I Interrupted This – by all means in the version I took as the base for my addon – the user can enter individual text to be shown, when the character interrupts it's target and, as my key aspect, the 'emote' mode has – so far for a few classes – nice english or german interrupting emotes (for the other classes there is a standard emote for now).

Over that I have added an interface addon Option page for Toxyna's I Interrupted This and the addon also gatheres all interrupting spells the player or party member uses successfully and stores them in the addon's database. If you want to help be to add more emotes for missing interrupting abilities, see se section "Help Toxyna" below.

Starting with changing the emotes I changed more and more of the original addon, so today there will almost be no equal lines of code left. But of course the credits for the great idea go to the authors of 'I Interrupted This'. I asked one of them for the permission to upload my own version of there addon, but now I saw, the addon 'I Interrupted That' is published as 'public domain' anyway. Many thanks nevertheless!

I did not had the idea to publish this addon myself, but some reactions in random dungeons "forced" me to that. I send some versions to some players who liked my emotes very much, but that way of addon spreading is not the best idea. And so I decided to put it on curse.

When the addon has grown up a little more, I would be glad, if someone could translate it in other languages. Also a look at my english phrases would be fine, because I am no native speaker.

If you want to help me to add more emotes for missing interrupting abilities, just send me your c:\YOUR_PATH_TO_WOW\World of Warcraft\WTF\Account\YOUR_ACCOUNT_NAME\SavedVariables\ToxynasIInterruptedThat.lua or the section ["abilities"] in that file via a ticket here on curse or via mail, after you have played a while using my addon. 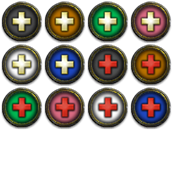 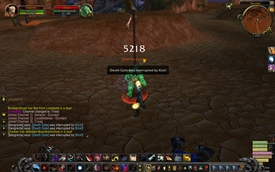 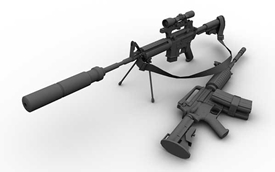